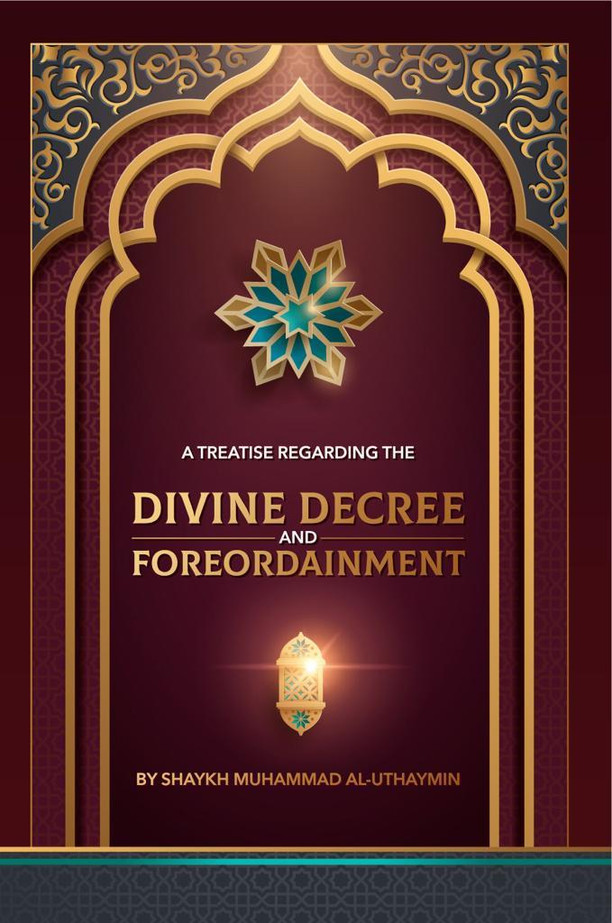 The foreordainment and divine decree continue to be a point of contention within the Ummah, of old and latter times. It is reported that the prophet ﷺ came out to his companions whilst they were debating regarding the Qadar and he prohibited them from doing so and informed them that: ما أهلك الذين من قبلكم إلا هذا الجدال “Nothing destroyed those who were before you except this disputation.” However, Allah has facilitated the affair for His believing slaves, the pious predecessors, who traversed upon the path of balance in that which they know and say; and it is that the foreordainment of Allah, the Exalted, and His divine decree is from His Lordship over His creation. Thus, it enters into one of the three aspects of Tawhid into which the people of knowledge have categorized the Tawhid of Allah, the Mighty and Majestic: The First Aspect: Tawhid Al-Uluhiyah (Oneness of Allah’s Worship); and it is to single out Allah, the Exalted, with worship. The Second Aspect: Tawhid Ar-Rububiyah (Oneness of Allah’s Lordship); and it is to single out Allah with creation, ownership, and management. The Third Aspect: Tawhid Al-Asma was-Sifat (Oneness of Allah’s Names and Qualities).
View AllClose

The Illustrious Women Of Islam from the first generation

The Patience of The Pious Predecessors In Seeking Knowledge

MSRP:
Now: £10.99
Was:
The Patience of The Pious Predecessors In Seeking Knowledge 00000 Stories of the perseverance of scholars: this is a beautiful book Shaikh Abdul Fattah Abu Guddah authored about the struggles...
23969