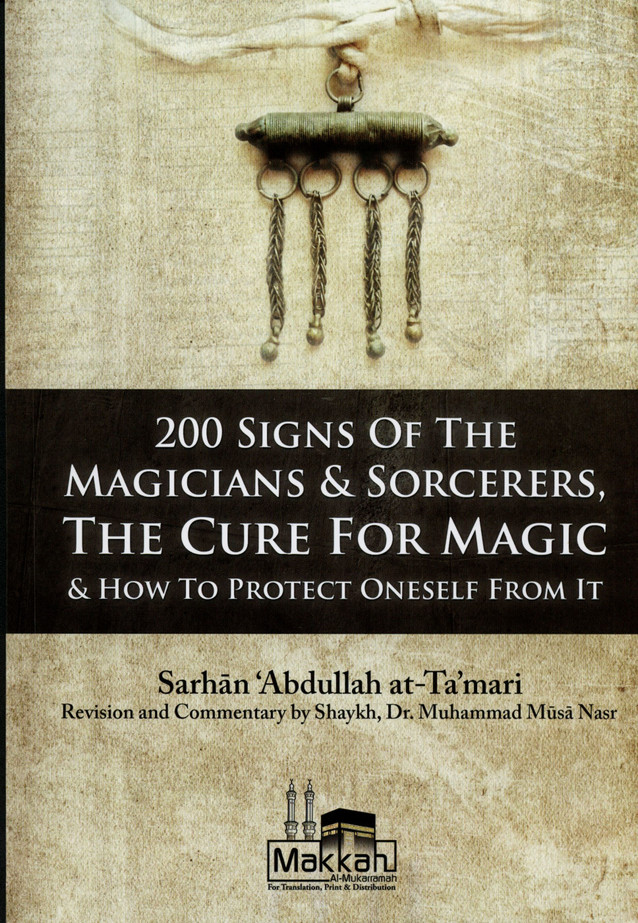 As magic, trickery, lying and cheating has become widespread in the Muslim world and people have had their money taken in falsehood, by the vilest of creation, lying magicians, it has become a duty on the salafi Muslim, who has some concern for Allah deen and his sick Muslim brothers, to expose the ways of the magicians and clarify the reality of such sinful disbelievers. What encouraged me to write this booklet is the fact that these people make the haram halal, deviate from the creed of the Salaf and play with Muslims sanctified honour.

The Disease And The Cure

MSRP:
Now: €41.41
Was:
This book was a response to a question posed by an individual who was afflicted by a calamity, finding himself in a dire and needy state. He Acknowledged to himself that if he failed to rid himself...
24752

MSRP:
Now: €9.42
Was:
Spiritual Disease And It's Cure 16A What is the opinion of the scholars regarding a man who is afflicted by a disease, and knows that if it should continue it would damage his life? The Imam...
21317

The Heart & The Tongue Their Sicknesses & Cures

MSRP:
Now: €8.29
Was:
The Spiritual Cure 19B Surah al Fatiha is the greatest chapter of the Qur'an, its like is not found in the rest of the Book or in the previous scriptures. It is a Light that was granted to...
21132

MSRP:
Now: €9.48
Was:
10B Save yourself and your family from the hellfire “If you knew what I know, you would laugh a little and cry a lot, and you would not have pleasure with women in bed, and you would have left...
22390

MSRP:
Now: €14.22
Was:
Sickness, Regulations & Exhortations 07A This book is the first in the series. It deals with sickness, which continues to afflict human beings from birth until death. Sickness strikes as light...
22187

Smaller Signs of the Day

MSRP:
Now: €1.78
Was:
Hajj & Tawheed SL: 03DL2 Hajj is to set out for Makkah to worship ALLAH by performing certain religious rights in accordance with the Prophets صلی الله علیه وآلیه وسلم sunnah. It is a time in...
22204

The Signs Before the Day of Judgement

MSRP:
Now: €5.86
Was:
The Signs Before the Day of Judgement 13B - Back This publication is a brief but immensely popular work on the end of time and the day of judgement by one of the foremost scholars of Tafsir...
22107