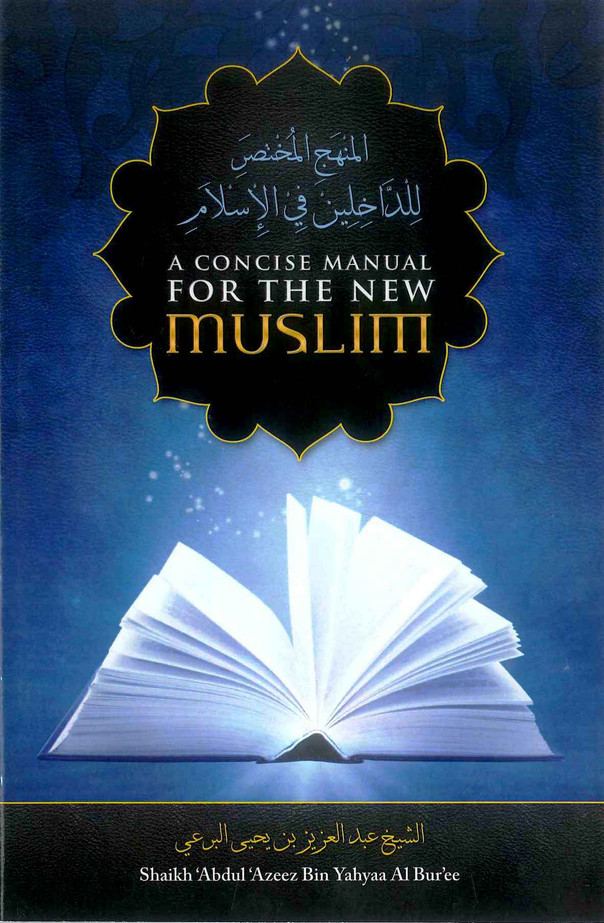 SL: 01BL2
O Muslim, verily ALLAH has bestowed a great blessing upon you by guiding you to Islam. ALLAH says: This day, I have perfected your religion for you, completed My Favor upon you, and have chosen for you Islam as your religion. (Al-Maidah 5:3). My beloved brother / sister, thank ALLAH tremendously and cherish this precious gift. Never give it up, for ALLAH says: Truly, the (only) religion with ALLAH is Islam (Aali Imraan 3:19). And whoever seeks a religion other than Islam, it will never be accepted of him, and in the Hereafter he will be one of the losers. (Aali Imraan 3:85). Dear believer, obey ALLAH and His messenger. ALLAH says: Say ( O Muhammad صلی الله علیه وآلهِ وسلم ) : Obey ALLAH and the Messenger ( Muhammad صلی الله علیه وآلهِ وسلم ). But if they turn away, then ALLAH does not like the disbelievers. (Aali Imraan 3:32). May ALLAH reward you, follow the Sunnah of ALLAH's Messenger and cling to the way of his companions. ALLAH's says: And whoever contradicts and opposes the Messenger ( Muhammad صلی الله علیه وآلهِ وسلم ) after the right path has been shown clearly shown to him, and follows other than the believers way. We shall keep him in the path he has chosen, and burn him in Hell  what an evil destination. (An-Nisa 4:115). We ask ALLAH to bless Sheikh Abdul Azeez al Buree (hafithahullah) and to make this book a benefit to all those who read it. O Muslim reader, may ALLAH bless you and guide you to that which is correct and make you firm upon it.
View AllClose

MSRP:
Now: £8.00
Was:
Lessons for New Muslims (Box Set) SL: 05EL3 A series of 7 pocket size books with Audio CD / Cassette for Purification and Prayer are enclosed in a beautiful box viewed above. This enlightening...
21647

MSRP:
Now: £11.95
Was:
The Concise Manual of Marriage 10B A short yet concise manual on the legal rulings of marriage authored by one of the beacons of light in his time, Shaykh Muhammad Ibn Saalih al-'Uthaymeen...
22020

MSRP:
Now: £4.00
Was:
New Muslims In Britain 20B A research study into the attitudes, expectations of 'new' Muslims in Britain and the responsibility of the Muslim community towards them.
22901

MSRP:
Now: £10.95
Was:
Syllabus and Guidelines for Pre-School Children (Age 1-5). It is important that the Muslim parents and educators should take every care to see that our children grow up with a sound knowledge of...
24814

MSRP:
Now: £11.95
Was:
The Concise Manual of Marriage 10B A short yet concise manual on the legal rulings of marriage authored by one of the beacons of light in his time, Shaykh Muhammad Ibn Saalih al-'Uthaymeen...
22020

MSRP:
Now: £10.00
Was:
The Concise Collection on Creed & Tauhid 23A Since knowing Allah is one of the foremost obligations in the religion of Islam, and the topic of Tauhid (Monotheism) is the most important study for...
22980

Concise Collection on Creed and Tauhid

MSRP:
Now: £6.00
Was:
Concise Collection on Creed and Tauhid (Pocket size) SL: 09 This book can be used as an easy reference on the topic of Tauhid in which important works on Tauhid are contained. Also, questions and...
21867