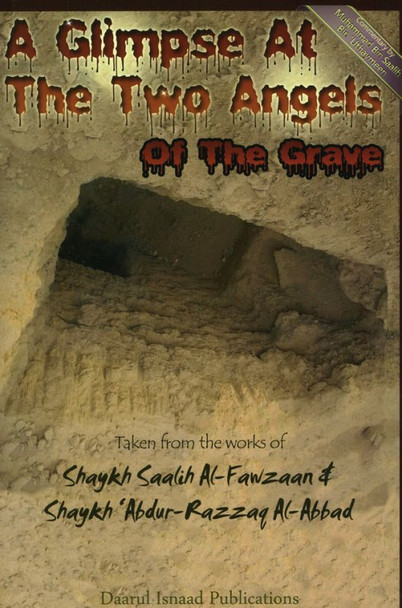 MSRP:
Now: £11.00
Was:
Tajweed Rules for Qur'anic Recitation(A Beginners Guide) 01CL2 For every letter of the Qur’an that a Muslim recites, s/he is rewarded ten times over. This immense reward for such a seemingly simple...
23213

MSRP:
Now: £14.99
Was:
Rabbana: Supplications from Qura’n (Book & CD) 0000 Rabbana is an essential Qurʾān-based resource for the supplicant. Prayer is at the heart of all true worship. In these Qurʾānic verses we...
23226

MSRP:
Now: £5.00
Was:
The Three That follow To The Grave 19B In the Sahih of Al Bukhari and muslim ,it is reported that Anas ibn Malik narrated that the Prophet said: ”Three things follow the deseased person (to...
23212

MSRP:
Now: £4.99
Was:
Publishes on August 23rd The first in a lively middle-grade series by prize-winning author, Zanib Mian. This children's Islamic book is fantastic for those children reading for themselves. 'I'm...
24778

The Book On Detail Of Grave

The Three Questions Of The Grave

MSRP:
Now: £14.99
Was:
This is a summarised translation of Shaikh Abdul Muhsin Al Qasim’s (The Imam and the Khateeb of the Prophet’s Masjid in Madinah) book titled ‘Tayseerul Wusool’ which is a...
24806