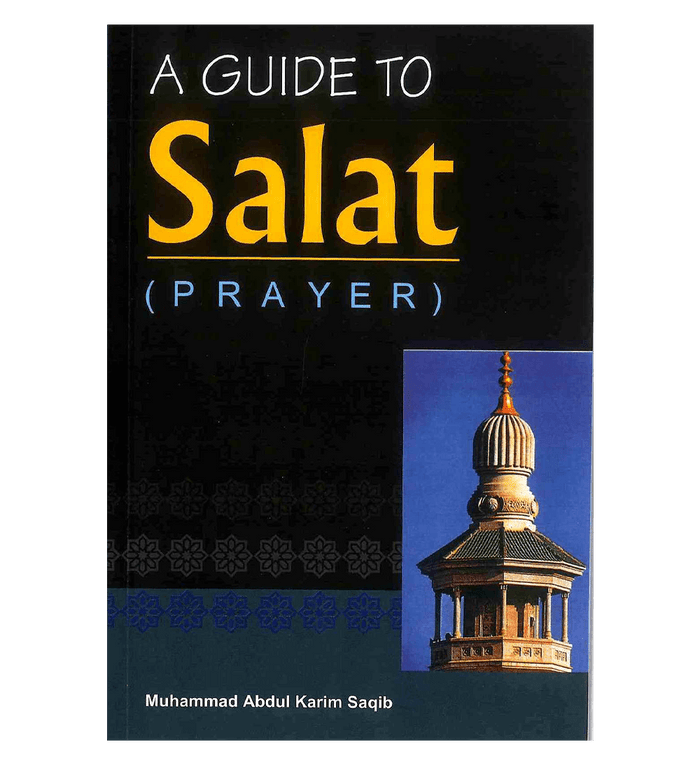 33B
There are many books dealing with the subject of Salat in both Arabic and Urdu. Many of these books are well written and provide an informative and comprehensive view of how Salat should be performed according to the teachings of Prophet Muhammad صلی الله علیه وآله وسلم. Unfortunately, there are very few books in English which deal with the subject in the same informative and comprehensive way. The books, which do exist, have three main disadvantages: Firstly, literature concerning Salat available in English is either so brief that it does not cover essential points in nearly enough detail, or it is so bulky and detailed that it becomes difficult to use it for quick reference, and essential points may get lost in the unnecessary detail. Secondly, the text of the Salat lacks the quality of direct research from the Sunnah of the Prophet Muhammad صلی الله علیه وآله وسلم. There are also books which contain material without any reference to the original sources. Thirdly, the majority of books have been written according to the views held by certain schools of thought and for this reason some people hesitate to follow them. Because of these weaknesses in existing literature in English, we felt that the need existed to produce a medium sized book on Salat which would approach the subject according to the teachings of the Prophet Muhammad صلی الله علیه وآله وسلم. The Prophet صلی الله علیه وآله وسلم, himself, said: "Pray as you have seen me praying." Such a book needs to contain all the essential details of Salat without being too bulky or complicated so that the reader can use it as a point of reference on a journey or at home. It was also felt that a comprehensive book on Salat in English would be useful for converts to Islam and for such Muslims who do not fully understand Arabic and Urdu languages. Keeping in mind the needs of our brothers and sisters, every effort has been made to produce this book in simple and easy language. During our research, we sometimes found that differences occurred between established practices in various prayer books. In these circumstances we referred to authentic Ahadith of the Prophet Muhammad صلی الله علیه وآله وسلم, so that the points could be clarified as much as possible. This was, because, for a true Muslim there is no greater proof for settling arguments than authentic Ahadith and practices of Prophet Muhammad صلی الله علیه وآله وسلم. We hope that ALLAH will accept this humble attempt because without His Support and Help we would never have been able to do this work. Finally, we ask all our Muslim brothers and sisters to study the text and to strive to offer Salat ( prayer ) according to it. If anyone finds anything unacceptable or to be against the Sunnah of the Prophet صلی الله علیه وآله وسلم we would be grateful if they would inform us. Muhammad Abdul Karim Saqib
View AllClose

MSRP:
Now: £6.00
Was:
A Guide to Salah (Prayer) This book is the result of direct research into the Sunnah of Prophet Muhammad saw and makes numerous references to the original sources. It contains all the essential...
23548

The Virtues Of Salat (Prayer)

MSRP:
Now: £6.50
Was:
The Virtues Of Salat (Prayer) SL: 00000 The Verdict and prescribed punishment for the one who abandons it Unquestionably this subject matter is relevant to every Muslim who is concerned about...
21505

MSRP:
Now: £2.00
Was:
The Rationale & Benefits of Salat (Islamic Prayers) 28A The prayer (Salat) is one of the basic precepts of Islam. After the testimony (Shanddah), it provides religious identity to the Muslims as...
21837

Salah (A Guide To Prayer In Islam)

MSRP:
Now: £5.00
Was:
Salah (A Guide To Prayer In Islam) The booklet is designed to teach new Muslims and non-practising Muslims how to offer the prayer. It also includes other related information such as preparing...
23699

The Virtues Of Salat (Prayer)

MSRP:
Now: £6.50
Was:
The Virtues Of Salat (Prayer) SL: 00000 The Verdict and prescribed punishment for the one who abandons it Unquestionably this subject matter is relevant to every Muslim who is concerned about...
21505

MSRP:
Now: £2.50
Was:
A Muslim Girl's Guide to Life's Big Changes 20B Have you ever wanted to know the truth about growing up as a young Muslimah but were too shy to ask an adult? Well this the perfect book for...
21262