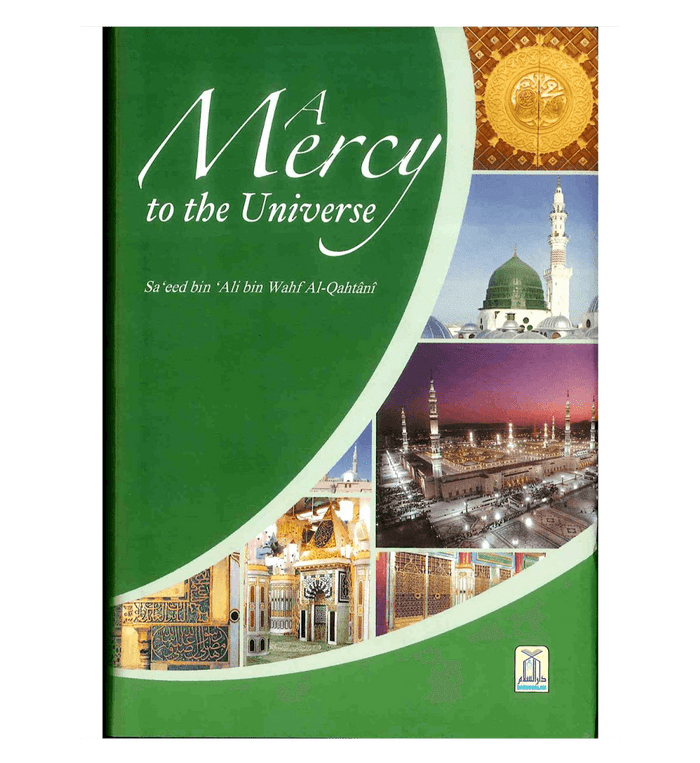 25B
Mercy is clemency and forbearance; mercy is the disposition to forgive or show compassion; mercy means a favour or a blessing; mercy further denotes the qualities of kindness, sympathy, generosity, and beneficence. Suffice is to say that all of these qualities were present in abundance in the character of the Prophet Muhammad (May Allah have his peace and blessings on him). He was a mercy not just to believers, but to disbelievers as well, for he would invite them to come out of darkness and into the light of true guidance. He is a favour and blessing for mankind, not just the Arabs, the people among whom he was sent, but for people of all races and colours. His staunchest enemies became his closest followers when the cloud of blind prejudice was removed from their sight and when they were able, for the very first time, to see with clarity the true nature of the Prophet's character. This book deals with many of the qualities that the Prophet possessed that made him the mercy to everyone. It starts with His perfect lineage, His noble upbringing, and his fully dedicated worship. This book then gives many of the qualities of the Prophet including his generosity, humbleness, bravery, patience, and leadership to name a few. Each chapter includes examples from the life of the Prophet on how he was the perfect living example of that quality. The book ends with the perfection of life of the Prophet with his farewell sermon and even his noble death where he demonstrated some of those qualities as well.
View AllClose

The Quest for Love & Mercy (Marriage & Wedding in Islam)

MSRP:
Now: £8.95
Was:
The Quest for Love & Mercy (Marriage & Wedding in Islam) 07A This is one of a 3-book series covering various aspects of marriage according to the authentic Sunnah. Marriage plays a most...
21174

The Prophet of Mercy Muhammad Scenes From His Life

MSRP:
Now: £4.50
Was:
The Prophet of Mercy Muhammad Scenes From His Life The author, Osman Nuri Topbas, currently lives in Istanbul. He has received both a traditional and a modern education. He has written many...
23766

MSRP:
Now: £6.00
Was:
The Mercy In The Difference of The Four Sunni Schools of Islamic Law SL: 013 SL: 014 This book is the first translation into English of a well known and widely used, six hundred year old...
21569

A Mercy to Humanity

MSRP:
Now: £20.00
Was:
Universe Quran for children Arabic Only: Uthmani Scriptt 00000 The greatest pleasure of all is teaching your child to read the Quran. Why not teach with a Quran your child truly loves and feels...
23972

MSRP:
Now: £9.95
Was:
Goodnight Stories Gift Box 03B Ibn Taymeeyah's treatise provides a very clear, concise and authentic view of this intriguing subject based on the Qur'an, the Sunnah, the interpretation and...
21077

MSRP:
Now: £15.00
Was:
Men and The Universe (Reflection of Ibn Al Qayyem) 24A This book was originally a section of ibn Al-Qayyem's book Miftaahas Daar is-Sa'aadah (Key to the Abode of Happiness).This section was...
22809

Time To Pray With Zaky DvD