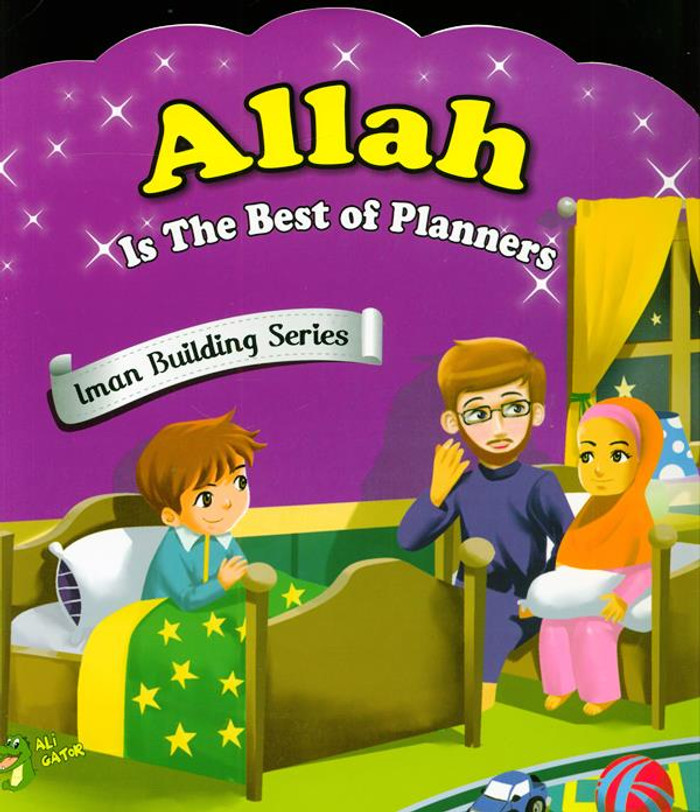 Allah Is The Best Of Planners (Iman Building Series)

Fatima and Yaseen’s father tells them an old story about the King and his best friend Hamza. The King accidentally cuts his finger whilst eating an apple. Most people would think this is a bad thing, but it actually turns out to be a good thing for both Hamza and the King, showing Fatima & Yaseen that Allah is the best of planners. Also available in the series: -Allah Protects me -Allah Loves Me More -Allah Blesses Me
View AllClose

I Can pray Anywhere (I can series)

MSRP:
Now: €5.86
Was:
I Can pray Anywhere (i can series) 13A This book introduces the concept and practice of Prayer in Islam. At the same time, it points to the beauty and charms of landscape, so generously bestowed by...
23164

MSRP:
Now: €4.74
Was:
Allah Loves Me More (Iman Building Series) Allah Loves Me More, Heba finds a sad cat in the park and takes it home, looking after it and loving it so much. Heba doesn’t believe that anyone could...
23790

MSRP:
Now: €4.74
Was:
Allah Blesses Me (Iman Building Series) Allah Blesses Me, Khadijah and Umar love to visit their Uncle Farooq. He may have been born blind, but Allah has blessed him in many other ways. Uncle...
23791

MSRP:
Now: €4.74
Was:
Allah Protects Me (Iman Building Series) When Maryam wakes up from her afternoon nap and can’t find her mother anywhere, she becomes scared as she thinks she is all alone in the house. Her...
23798

MSRP:
Now: €3.54
Was:
Amazing Jannah In a place that is bigger than all the earth and all the skies. Allah has created Jannah. Invisible for us to see. Oh what a beautiful place, Jannah must be. This book stimulates...
23803

MSRP:
Now: €5.33
Was:
The Little Arabic Alphabet Book SL: 03EL2 A colourful illustrated Quranic Arabic Alphabet book with pictures and word in transliteration to help with pronunciation. The book has the Arabic letter...
23885