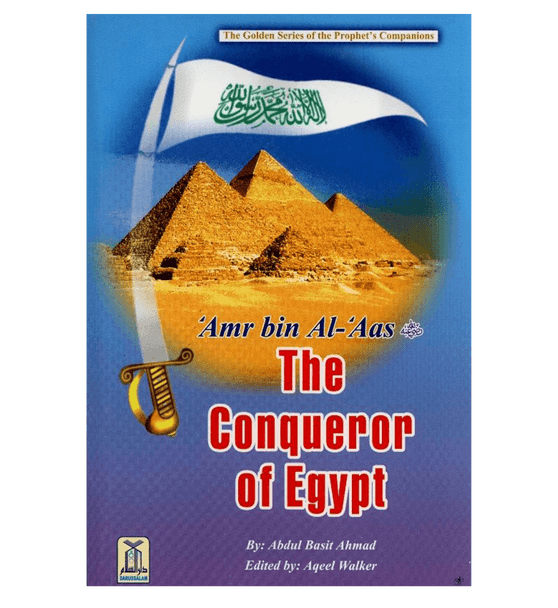 04CL2
Amr bin AI Aas (R) was one of the greatest enemies of Islam before his conversion. He used all of his resources and skills to thwart the efforts of Muhammad (S) and his Companions However, being an intelligent man, it was only a matter of time before 'Amr (R) realized that he was fighting a losing battle and there was no way fleeing from Allah except to come to Him in submission as a Muslim. After embracing Islam, 'Amr (R) became one of Islam's greatest heroes. Prophet Muhammad himself showed his full trust in `Amr's capabilities and sincerity towards Islam by appointing him as governor over Oman. As a war commander, he later led the Muslims to conquer Egypt and establish a strong state in that land
View AllClose

MSRP:
Now: £2.50
Was:
The Example of Sacrifice ( Suhaib Ar Roomi) The Golden Series of the Prophet's Companions 04CL2 Suhaib Ar-Roomi(rza) is one of the most outstanding heroes of Islamic history. Being one of the...
23005

MSRP:
Now: £7.00
Was:
Salma by Al Haramain Perfumes (15ml) SL:0000 This item is ONLY available for UK residence. Be Yourself! Grab a bottle of Haramain Salma and set off towards your goal. Whether you achieve it is...
22792

MSRP:
Now: £1.00
Was:
Pesches (Seftali) by Haribo SL-01A No artificial colours. Suitable for consumers with Halal dietary requirements. This product is gluten free and lactose free.
23097