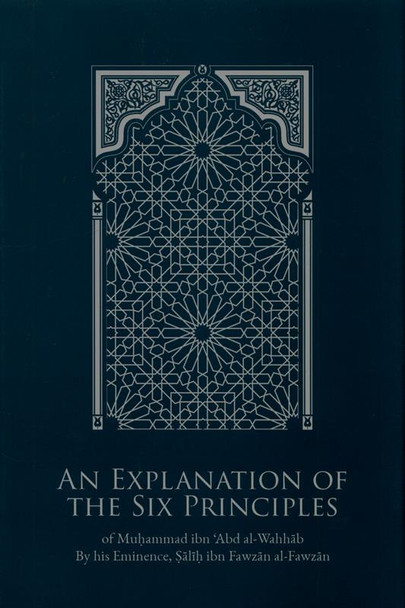 “By the time Muḥammad ibn ‘Abd al-Wahhāb (d. 1206AH) had embarked upon his journey in rectifying the state of the Muslim Arabs, ignorance had very much entrenched Arabia. Most of its inhabitants were misdirected and had returned to the ways of pre-Islamic Arabia. Mystical leaders and people of deviation ruled over the people. Extreme sūfīs’ erected graves in exaltation, the tree of at-Tarfiyyah: to which women would approach and seek blessings from was venerated, the grave of Zayd ibn al-Khaṭṭāb was converted to a place of pilgrimage and idols were taken as object of adulation in al-Kharj. The days of ignorance were no long a thing of the past. Blind partisanship to schools of thoughts divided the Islamic community. At the holy mosque of Mecca the affair had escalated to the point that each prayer would be established in four-folds, having each group separately pray in a congregation with their own imām. It is due to this historical background that we find the majority of the writings’ of Muḥammad ibn ‘Abd al-Wahhāb (d. 1206AH) are centred around the rebuttal of polytheism and superstition. From them is his well known Kitāb at-Tawḥīd – which is undoubtedly considered his magnum opus, Masā’il al-Jāhilīyah allatī Khālafa fīhā Rasūl Allah ahl al-Jāhilīyah, al-Qawā‘id al-Arba’, Kashf ash-Shūbūhāt fī at-Tawḥīd, and here – before the reader, is a translation of his Usūl as-Sittá (the Six Fundamental Principles) in which the great reviver identifies the greatest six factors that distinguish the Saved Sect from its counterparts. It would not be an exaggeration to describe this essay as a somewhat curriculum for many sunnī Muslims today. Despite it’s 200 years old longevity, the reader will – with little observation, realise that these principles are still very much applicable, and it is as though Ibn ‘Abd al-Wahhab is addressing todays Muslim community. And so here is the second edition of this publication which has undergone much revision. For the benefit of the student of knowledge and the learner of the Arabic language, a parallel translation has been introduced to help with following and studying the text. The translation has been kept as simple as possible in order to cater for the wider audience. Words which have no satisfactory English equivalent have simply been transliterated with explanations by the translator in the footnote [TN]. The speech of Muḥammad ibn ‘Abd al-Wahhāb has been distinguished with smaller, indented font adjacent to ‘the tex
View AllClose

MSRP:
Now: £35.00
Was:
attainment of the happiness Attainment of the Happiness is a most valuable book on the topic of Islamic Monotheism. The very accomplished author of this book was very well-known Islamic scholar and...
23575

MSRP:
Now: £9.50
Was:
Forty Hadith on Islam This work covers, the Islamic creed, Pillars of Islam, Lawful & Unlawful, Piety and Righteousness, with commentary of Imam al-Ajurri. Anumber of scholars throughout Muslim...
23577

Inheritors Of The Prophets

MSRP:
Now: £6.50
Was:
Inheritors Of The Prophets Ibn Rajab al-Hanbali Possessing scholarly knowledge of Islam brings you closer to your lord, Most Exalted. He is the Possessor of all knowledge and out of His Mercy, has...
23589

A Message Exclusively to the Husbands

MSRP:
Now: £9.50
Was:
A Message Exclusively to the Husbands The husband seeks from his wife that she should be an ideal wife: affectionate; kind; receptive; attractive; enticing; charming and other than that...
23609

Explanation of Important Lessons For Every Muslim

MSRP:
Now: £25.00
Was:
Explanation of Important Lessons For Every Muslim Verily the book ‘The important lessons for the every Muslim is a valuable book concerning a topic of extreme importance by an eminent Imam, and...
23610

Love & Happiness : A Collection of Personal Reflections and Quotes

MSRP:
Now: £15.99
Was:
Love & Happiness : A Collection of Personal Reflections and Quotes Things fall apart. And they break sometimes. Like many of you, my journey hasn't always been easy. Pain is very real. And so is...
23671

MSRP:
Now: £2.50
Was:
Collection of An-Nawawi 40 Hadith - Mini booklet Imam Nawawi's compilation of forty hadith of Prophet Muhammad, peace be upon him, are considered by scholars as a compilation conveying the most...
23685