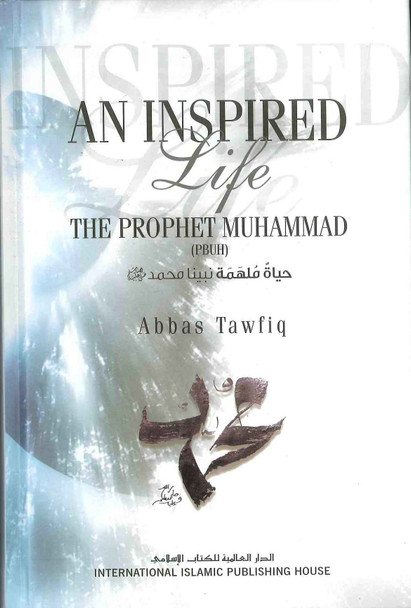 An Inspired Life informs and inspires with its insights into the birth of the Islamic faith and the tribulations encountered by its Prophet Muhammad صلی الله علیه وآله وسلم and his steadfast followers prior to the acceptance and establishment of the religion. The author has provided a fascinating glimpse into the life of the Prophet Muhammad صلی الله علیه وآله وسلم, which clarifies his role of Divine Messenger and extols his attributes and personal qualities as a model Muslim. The work is very relevant today, as in the current political and social climate the intended ethics of Islam have become blurred and somewhat distorted. Dr. Abbas Tawfiq has highlighted the essence of the faith through his focus on the behaviour of its prophet. This book is a must for anyone who is drawn to further their knowledge of Islam and will appeal to both Muslim and non-Muslim alike.
View AllClose

MSRP:
Now: £9.50
Was:
The Legacy of the Prophet صلی الله علیه وآله وسلم 19B The spiritual and worldly life of a Muslim is focused on Allah. Succcess in both entails knowing ALLAH, Loving Him, trusting Him and...
21102

MSRP:
Now: £3.95
Was:
The Seerah of Prophet Muhammad صلی الله علیه وآله وسلم Part 2 SL: 16A The seerah, story of the prophet from before his birth until his successors after him as told by Imam ibn Katheer, translated...
22151

Regulations of Worship During Menses

MSRP:
Now: £5.00
Was:
Regulations of Worship During Menses SL: 000000 Allaah commands the believers to adhere to lslaam in its totality: "0 you who believe! Enter into Islam completely, and do not follow the footsteps...
21182

Developing Khushu In The Prayer

MSRP:
Now: £4.00
Was:
Developing Khushu In The Prayer SL: 000000 Prayer is the greatest of the practical pillars of Islam, and khushu in the prayer is required by share'ah. One of the shaytan's most significant plots...
21047

MSRP:
Now: £4.99
Was:
Madinah Arabic Reader Book 4 SL: 02DL1 Professor Abdul Rahim is the director of the Translation Centre of the King Fahd Quran Printing Complex and former professor of Arabic at the Islamic...
21038

The Muslim Marriage Guide by Goodwords

MSRP:
Now: £4.50
Was:
The Muslim Marriage Guide 31B Marriage is such as important step in life that one Blessed Prophet spoke of marriage as being ‘half of religion.’ This book explains in details the key...
21108