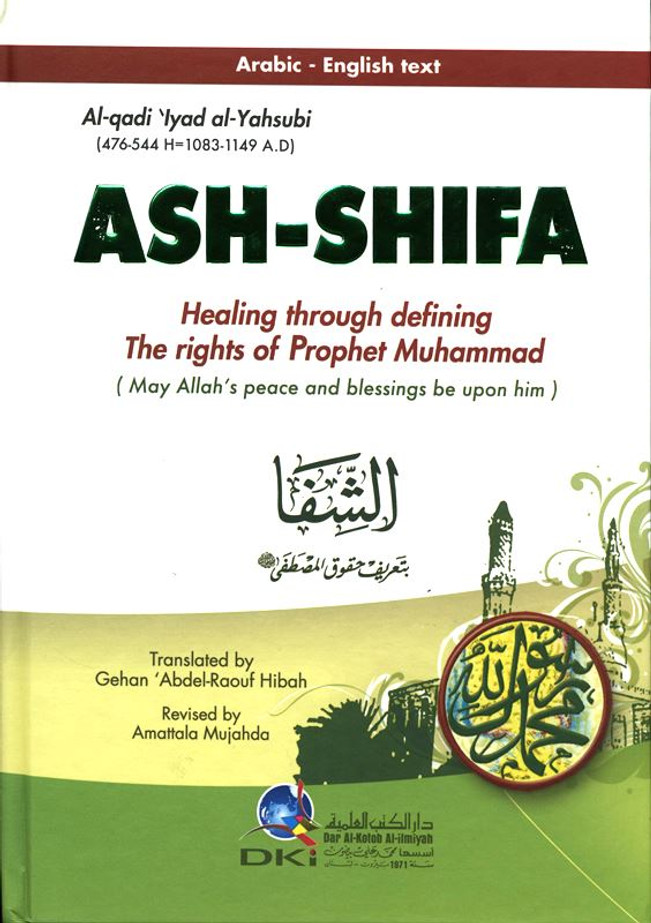 0000
Kitab Ash-shifa bi Ta’rif Huquq al-Mustafa”, (Healing by the recognition of the Rights of the Chosen one). This is a meticulous book, compiled by Al-Qadi Abul-Fadl Iyyad bin Musa bin Iyyad (d. 544H / 1149CE), comprising the incumbent duties which are due on a Muslim towards the Prophet. Perhaps the most frequently used and commented upon handbook in which Muhammad’s life, qualities and miracles are described in every detail. Generally known by its short title, Ash-Shifa, this work was so highly admired throughout the Muslim world that it soon acquired a sanctity of its own for it is said: “If Ash-Shifa is found in a house, this house will not suffer any harm…when a sick person reads it or it is recited to him, Allah, will restore his health.
View AllClose

MSRP:
Now: £19.95
Was:
Muhammad Man and Prophet 13A A fascinating account of events, from the start of revelations to the Prophet to the successful culmination of his efforts which united Arabia by its faith of Islam...
23133

Healing with the Medicine of the Prophet صلی الله علیه وآلهِ وسلم : Colour