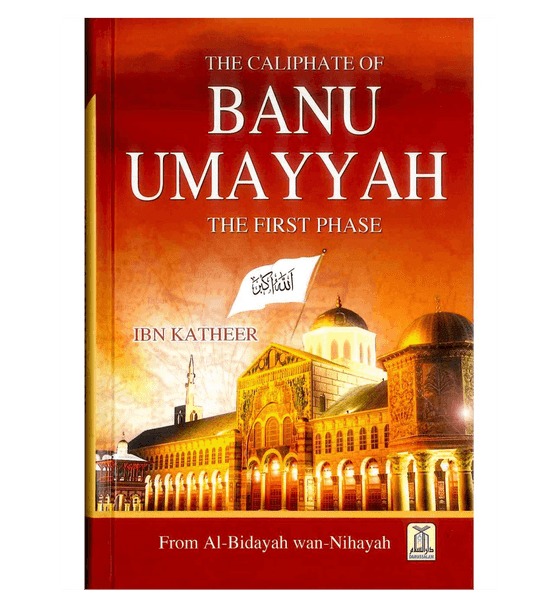 Darussalam is proud to present the abridged English translation of the classic work: Al-Bidayah wan-Nihayah, which covers the Caliphate of Bani Umayyah. It starts from the rule of Mu'awiyah bin Abi Sufyan in the 41st year of Hijrah upto the rule of Caliph Marwan Al-Himar in year 132 of the Hijrah. The Umayyad Caliphate (c. 661-750 CE/41-132 AH) was the second of the four major Islamic caliphates established after the death of Rasulallah. Although the Umayyad family originally came from the city of Makkah, their capital was Damascus. At its greatest extent, it covered more than five million square miles (13,000,000 km2), making it one of the largest empires the world had yet seen, and the seventh largest contiguous empire ever to exist.
View AllClose

MSRP:
Now: £11.99
Was:
The Valley Came Alive : From Al - Bidayah wan - Nihayah 25B Darussalam is proud to present the abridged English translation of the classic work: Al-Bidayah wan Nihayah, focusing exclusively on the...
21556

MSRP:
Now: £12.95
Was:
Winning The Hearts & Souls : From Al - Bidayah wan - Nihayah 25B Darussalam is proud to present the abridged English translation of the classic work: Al-Bidayah wan Nihayah, focusing...
21560

Life and the Times of the Messengers : From Al - Bidayah wan - Nihayah

MSRP:
Now: £12.95
Was:
Life and the Times of the Messengers : From Al - Bidayah wan - Nihayah 25B The exact number of prophets and messengers sent by ALLAH is not known, but the Qur'an makes clear that all of the...
21559