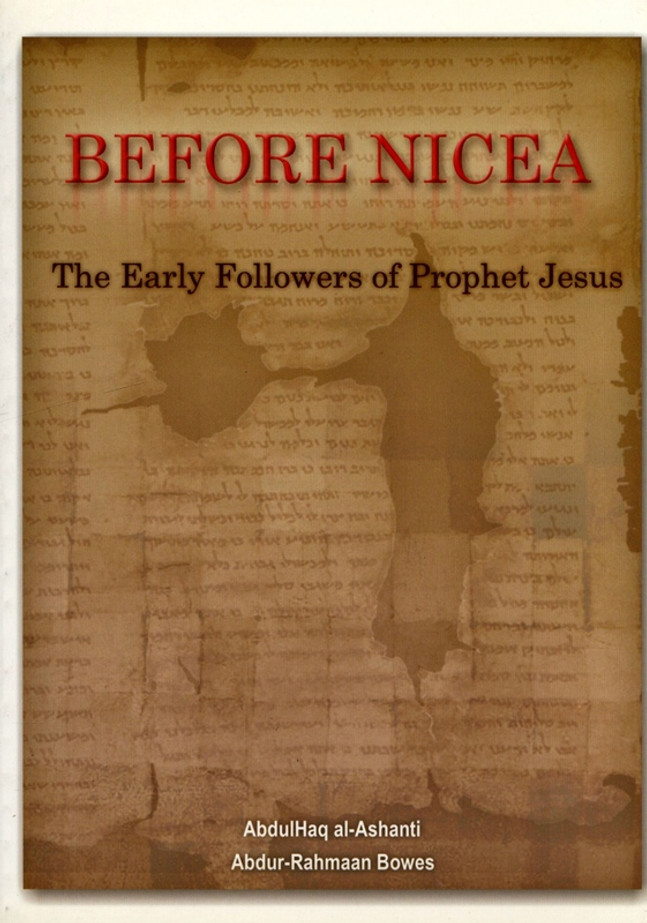 SL: 15B
Around 90 CE, the Shepard of Hermas was considered to be a book of revelation by the church, according to EJ Goodspeed and is one of two books found in the Codex Sinaiticus, which have not been included in the modern Bible. In it are twelve commandments and the first is: "believe that God is One and that He created all things and organized them, and out of what did not exist made all things to be, and He contains all things but Alone is Himself uncontained. Trust Him therefore and fear Him, and, fearing Him, be self-controlled. Keep this command and you will cast away from yourself all wickedness, put on every virtue of uprightness, and you will live to God if you keep this commandment." Here God is One and He is uncontained, comparatively, the Anglican affirmation of faith (the Nicene Creed) however goes: "I believe in One God, the father almighty, Maker of the heaven and earth, and of all things visible and invisible; and in one Lord Jesus Christ, the only-begotten Son of God, begotten of his father before all worlds, God of God, Light of Light, very God of very God, begotten, not made, being of one substance with the Father, by whom all things were made...And I believe in the Holy Ghost, the Lord, the Giver of Life, who proceedeth from the Father and the Son, who with the Father and the Son together is worshipped and glorified, who spoke by Prophets..." According to Theodore Zahn in Articles of the Apostolic Creed until around 250 CE the article of faith was simply, "I believe in God, the Almighty," which today is only one element of the Anglican creed. J.R. Harris quoted Aristides, an early Christian apologist as saying that "the Christian worship in the beginning was more purely monotheistic than that even of the Jews."
View AllClose

The Signs Before the Day of Judgement

MSRP:
Now: £4.95
Was:
The Signs Before the Day of Judgement 13B - Back This publication is a brief but immensely popular work on the end of time and the day of judgement by one of the foremost scholars of Tafsir...
22107

Once Upon A Time

MSRP:
Now: £1.50
Was:
Once Upon A Time SL: 03DL2 The book is a compilation of Ahadeeth dealing with issues such as boasting, being kind, loving for the sake of ALLAH and much more.
22215

MSRP:
Now: £15.00
Was:
Abu Bakr As-Siddeeq : His Life & Times 04B This comprehensive study of the life of the first Rightly-Guided Caliph, based on the era immediately after the Prophet’s death, details the many...
22241

MSRP:
Now: £7.99
Was:
The Prophets 20B This beautiful book presents in simple language the true stories of nine of the more well-known Prophets described in the Qur?an, starting with Adam علیه السلام and concluding...
21269