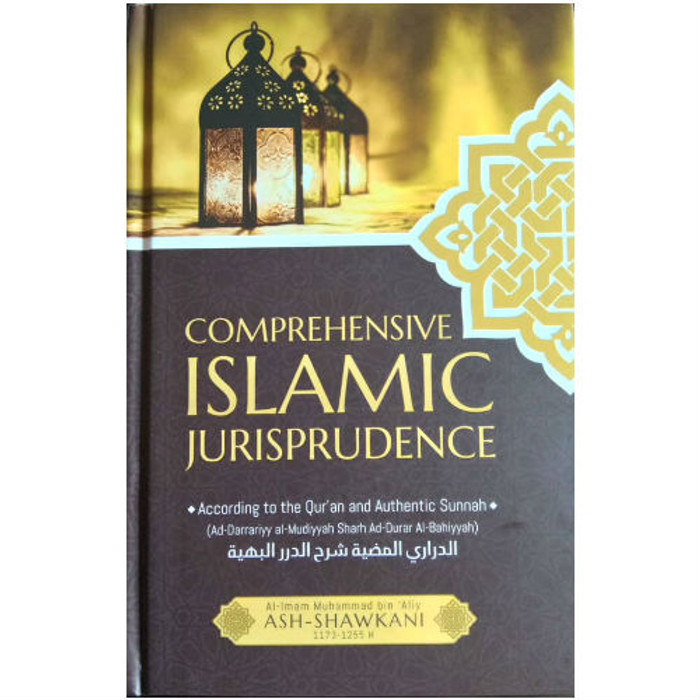 This book, which you now hold in your hands dear reader is a very important book by al-Imam Ash-Shawkani (May Allah shower His Blessings on him). The Imam had compiled a concise text Ad-Durar al-Bahiyyah fee al-Masaail al-Fiqhiyyah in which he outlined the most preponderant views in the matters of Fiqh based on authentic proofs and text-based reasoning. Shaykh Siddiq Hasan Khan (May Allah shower His Blessings on Him) described it as. “leaving out those of it (i.e. the opinions) that are mere thoughts since they amount to the hear-says of it and without paying attention to those that became popular (of the opinions) since the truth alone deserves to be followed…” Shaykh Siddiq Hasan Khan continued regarding ad-Durar al-Bahiyyah, “the resemblance of this concise piece to the comprehensive works among the Books of Fiqh is like the metal mold to the dross as is known to whosoever is deeply rooted in knowledge…”
View AllClose

MSRP:
Now: $29.93
Was:
Stories of the Prophets 26B In this book, the stories of the prophets have been compiled from 'Al-Bidayah wan-Nihayah' (The Beginning and the End) which is a great work of the famous Muslim exegete...
21004

MSRP:
Now: $14.93
Was:
Goodnight Stories From The Quran SL: 02DL2 This series will help children appreciate how Allah is taking care of us and continuously showering His blessings on us in many different ways. As a...
21019

MSRP:
Now: $15.00
Was:
The Quran, sometimes written as "Koran" is the sacred book of Muslims, who believe that God has revealed His word and message to humanity throughout the ages. The Book of Signs Foundation seeks to...
23988

MSRP:
Now: $18.75
Was:
This book synthesizes advanced knowledge in modern leadership science with leadership examples of Prophet Muhammad (SAW) and the history of the generation of his Companions. The approach this book...
23990