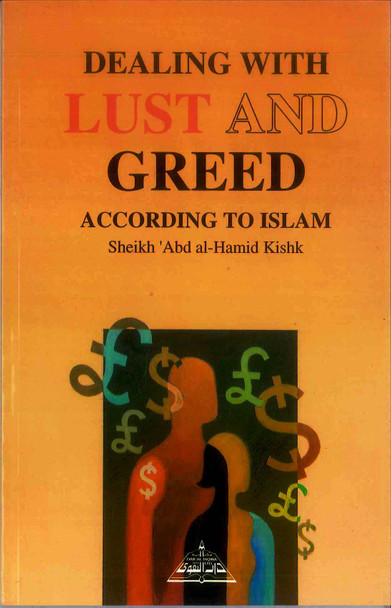 According to the teachings of Al-Islam, the desires and appetites play a vital part in the make up of every human being; they cannot be ignored. The children of Adam, unlike the angels, face the challenge in this life of mastering these forces within us. If we fail to do so, then we become the servants of our appetites and thus fall below the level of the animal kingdom. The hallmarks and influences of a “civilization” which in practical terms almost enforces the domination of human desires and lusts over the traditional belief in the need to heed one’s conscience and principles and exercise restraint are to be seen all around us. So are the consequences, which are manifestly unhappy in this world. Let alone the Next World. The keys to a happy and fulfilled life are to be found in the guidance contained in the Holy Qur’an and in the Sunna of the Blessed Prophet Muhammad, whose lifestyle embodied a perfect balance between enjoyment and abstention. In this book a distinguished Egyptian writer presents an authoritative and compelling account of the wise and practical teachings of Islam on how to deal with lust and greed. About the author: Sheikh ‘Abd al-Hamid Kishk is one of the foremost Muslim scholars in the world today. For many years he held teaching posts, at Al-Azhar and a number of other universities. At the same time, Sheikh Kishk is renowned for the power and clarity of his speeches and his books. These present the doctrines of Sunni Islam in an eloquent and accessible way and have provided spiritual nourishment and inspiration to millions of people.
View AllClose

MSRP:
Now: £4.99
Was:
Muhammad The Ideal Prophet صلی الله علیه وآله وسلم 03A The contents of this book were delivered by the late Mawlana as extension lectures at Madras, in October-November 1925 under the auspices of...
21118

MSRP:
Now: £16.00
Was:
The Ideal Muslim Society SL: 000000 In a world plagued with wars, racism, political turmoil, economic downturns and social anguish, many people are looking for an alternative in which justice,...
21149

MSRP:
Now: £4.50
Was:
Supporting Young Children Through Distressing Times 05B This book addresses the signs of trauma. It further assesses the numerous ways in which children respond to stressful situations and it...
21878

MSRP:
Now: £4.00
Was:
Dealing With Worries & Stress SL:19B Taken from the Authors introduction  It is the nature of this life that people will suffer from worries and stress, because this world is the place of...
22013

MSRP:
Now: £21.95
Was:
Al Quran Al Kareem in Bangali Language SL: 05AL3 It is an interpretation of the meanings of the Quran in the Bengali language. The Persian script is in the large Arabic writing along with the...
22349

MSRP:
Now: £7.00
Was:
The Personality of ALLAH's Last Messenger 03B The world has not lacked for heroes or great personalities, yet most of them distinguished themselves in one field or another, unlike the unlettered...
22246