Centre for Studies in the Interpretation of Islam

Entering the protection of Non-Muslim 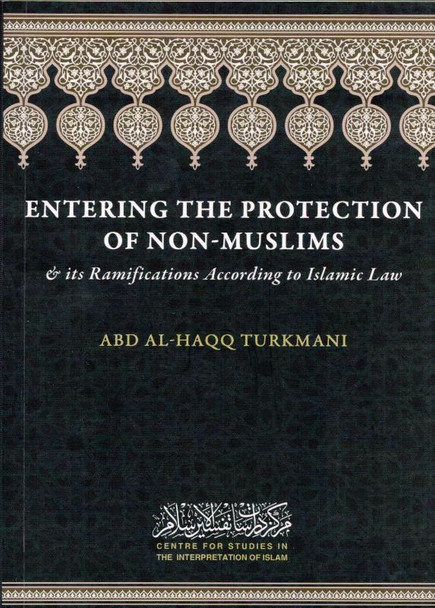 Centre for Studies in the Interpretation of Islam

Entering the protection of Non-Muslim

Entering the protection of Non-Muslim (25072)

Shaykh Abd al-Hagq Turkmani was born in Kirkuk, Iraq in 1969 where his father, Mulla Haggi 'Ali Turkmani, was a well-known imam and khatib. He studied in Thānawiyyah Islamiyyah in Kirkuk before moving on to higher studies at the Faculty of Sharia in Baghdad University. Due to the situation in Irag at the time and health concerns, the Shaykh was unable to complete his studies. He then sought knowledge directly from scholars in the traditional manner, and his teachers included the Kurdish scholar Shaykh Muhammad Amin al-Zankanah (d. 1997), the hadith specialists Shaykh Hamdi b. 'Abd al-Majid al-Salaf; al-Kurdi (d. 2012) and Subhi al-SamiraT al-Baghdadi (d. 2013), and Professor, Dr Bashär 'Awad Ma'ruf, from whom he obtained the skill of editing manuscripts. The Shaykh also obrained hadith licences (ijazat) from a number of scholars including the hadith specialist Shaykh 'Abd al-Ghafar b. Hasan al-Rahmani (d. 2007) of Pakistan.

The Shaykh migrated to Turkey following the deteriorating conditions in Irag and continuing health complications, before moving on to Sweden and then, the United Kingdom, where he established the Center for Studies in the Interpretation of Islam. The Shaykh regularly participates in Islamic conferences in Saudi Arabia, Kuwait, etc., and continues to share a strong connection with many respected scholars in the Islamic World.

In 2010, the Shaykh was awarded the Naif Bin Abdulaziz Al-Saud International Prize for his contribution to a research paper entitled Interaction with Non-Muslims According to the Prophetic Sunnah; the Shaykh authored the first part of the paper consisting of 450 pages of topical hadiths and narrations with critical references and explanation. Aside from several other books and research papers covering creed, hadith and contemporary Islamic issues, the Shaykh has also worked tirelessly in publishing the entire corpus of the famous Andalusian scholar Ibn Hazm al-Qurtubi (d. 1064) and to date, has published over seven critical editions of Ibn Hazm's books.

Most Common Questions Asked by Non-Muslims

The Muslim 100:The Lives, Thoughts and Achievements Influential Muslims

MSRP:
Now: £29.99
Was:
The Muslim 100: The Lives, Thoughts and Achievements of the most Influential Muslims in History 13B Who are the Muslim worlds most influential people? What were their ideas, thoughts and achi
23136

MSRP:
Now: £15.00
Was:
Ang Huwarang Muslim (Filipino) The Ideal Muslim This is the Filipino/Tagalog translation of one of IIPH's bestselling books: The Ideal Muslim: The True Islamic Personality of the Muslim as...
23874

MSRP:
Now: £8.50
Was:
DIY Papercraft Kit Duaas For Leaving And Entering the Home Set of 3 DIY 3D Prayer Plaques: Duas for Leaving & EnteringA Set of 3 Beautiful 3D PlaquesUse your creativity to decorate as you like,...
24828

Remembrance of The Most Merciful

MSRP:
Now: £5.95
Was:
The Spirit and Wisdom of the early Muslim The early generation, i.e ' As Salaf as Salih'; The righteous Predecessors', Islamically speaking means the first 3 generation of Muslim, as stipulated in...
25070