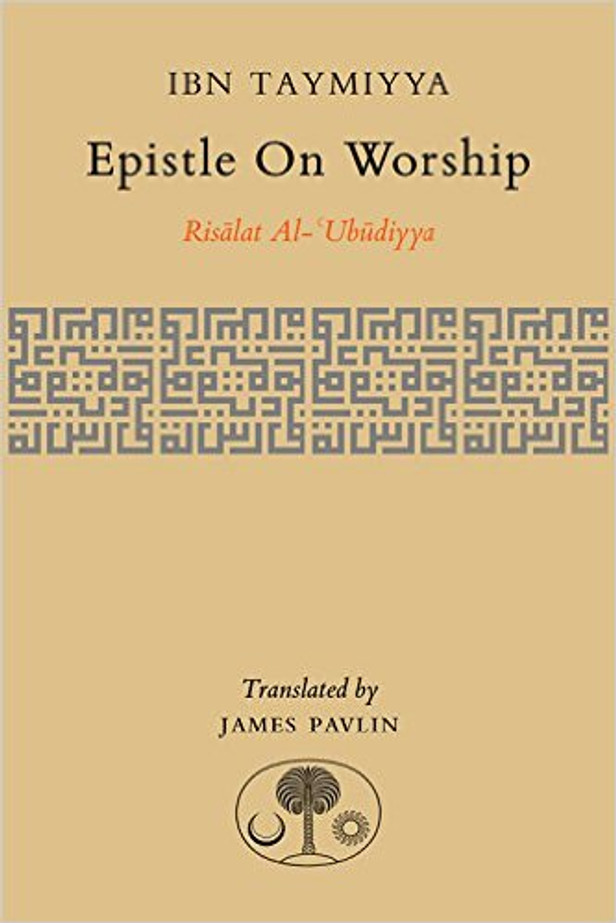 Ibn Taymiyya remains one of the most controversial Islamic thinkers today because of his supposed influence on many fundamentalist movements. The common understanding of his ideas have been filtered through the bits and pieces of his statements, which have been misappropriated by alleged supporters and avowed critics alike. However, most people still have limited access to his beliefs and opinions as expressed in his own writings. Epistle on Worship: Risālat al-ʿubūdiyya, aims fill this gap by presenting an annotated translation of one of Ibn Taymiyya’s most important epistles on the theology behind the concept of worship. The introduction gives the reader an overview of his biography and situates Ibn Taymiyya in the broader world of Islamic intellectual history by explaining his methodological arguments and theological opinions. The annotated translation captures the immediacy of his ideas as they impacted his world as well as the relevancy they have for our times. James Pavlin (Abu Zakariya) is currently Adjunct Professor in the History Department at William Paterson University in New Jersey and a part-time Lecturer in the Department of Religion at Rutgers University.
View AllClose

Illustrated jurisprudence of acts of worship with CD

MSRP:
Now: €29.56
Was:
Illustrated jurisprudence of acts of worship with CD SL:04DL3 The first and largest illustrated initiative for Islamic Jurisprudence; It is a must for every Muslim household. An integrated system...
22399

MSRP:
Now: €29.61
Was:
Medicine of The Prophet Medicine of the Prophet is a combination of religious and medical information, providing advice and guidance on the two aims of medicine – the preservation and...
23474

The Wise Counsel of Luqman

MSRP:
Now: €6.52
Was:
The Wise Counsel of Luqman Al-Hikmah is a divine prerogative. It is a gift from Allah granted to whomever He Wills from among His servants. Some define it as 'beneficial knowledge that...
23472

MSRP:
Now: €14.22
Was:
Bengali:Ar-Raheeq Al-Makhtoum (The Sealed Nectar) A complete authoritative book on the life of the Prophet (pbuh) which was honored by the World Muslim League as first prize winner. Whoever wants to...
23477