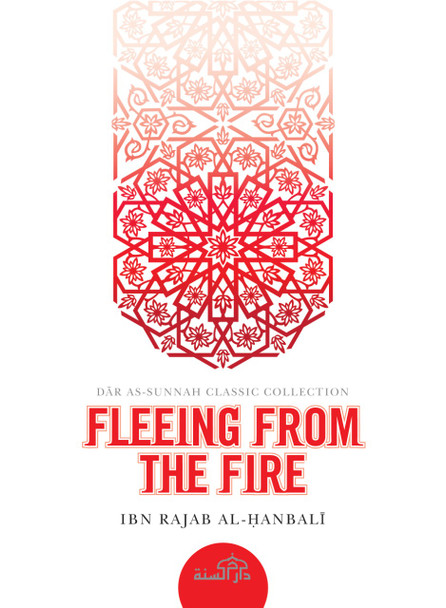 Hell is the final abode prepared by Allah, the Most High for those do not believe in Him, those who transgress against His Laws and deny His Messengers. It epitomises the scourge of punishment, filled with indescribable torment, pain and grief that has been detailed by Allah and His Messenger (peace and blessings be upon him). It is often observed from our righteous predecessors that they regularly took account of themselves lest they become negligent of the Hereafter and fall under divine retribution that'll be weighed against mankind on the Day of Judgement. When a fire torch was once lit for 'Umar ibn Al-Khattab, he felt angst at it’s burning heat, so he reprimanded himself, "How will you be patient if you encounter this O son of Al-Khattab!" He was of course, making a worldly parallel with the unparalleled Fire of Hell. Such self-reprimand was a true recognition reflecting fear of being cast into Hell as one of its inhabitants. And there is no more poignant way towards reform and turning back to Allah than learning about Hellfire and its unsettling descriptions. Mentioning its penalties and punishments entices a wise person to avoid the means leading to them: "Evil indeed it is as an abode and as a place to dwell." [Al-Furqan, 66] Imam Ibn Rajab gathered together Prophetic narrations and many statements from scholars that warn regarding the Fire, means to safeguard against it and the state of those who truly fear its consequences - with the purpose to practically awaken our inattentiveness and jolt our beings into positive action and treading the Path towards its opposite: Paradise. "Indeed, they who are apprehensive from fear of their Lord... It is these who hasten to good deeds and they are foremost in them." [Al-Mu'minun, 57-61]

MSRP:
Now: £3.50
Was:
Missing Out On Rewards This beautiful full-color illustrated booklet is great story book for children teaching them important Islamic lessons while capturing their imagination. It also makes a...
23909

MSRP:
Now: £8.00
Was:
Islamic Curriculum Coursebook 6 (Girls) 00000 The sixth part of the Islamic Curriculum series. Key topics of this part include; lessons on maturity in girls, impurities, ahadith on major sins,...
23928

MSRP:
Now: £7.00
Was:
Islamic Curriculum Workbook 6 (Girls) 00000 The sixth part of the Islamic Curriculum series. Key topics of this part include; lessons on maturity in girls, impurities, ahadith on major sins,...
23929

MSRP:
Now: £7.00
Was:
Islamic Curriculum Coursebook 2 00000 The second part of the Islamic Curriculum series. Key topics of this part include; lessons on wudu’ & ghusl, ahadith on kindness to neighbours, the first...
23922

Fortress Of The Muslim (Du'a From The Qur'an & Sunnah)

MSRP:
Now: £2.95
Was:
Fortress Of The Muslim (Du'a From The Qur'an & Sunnah) Making Dua to Allah frequently and with full submission has many benefit - it increases imaan, gives hope and relief to the distressed, and...
23959

MSRP:
Now: £7.00
Was:
Islamic Curriculum Coursebook 5 00000 The fifth part of the Islamic Curriculum series. Key topics of this part include; lessons on hajj & ‘umrah, ahadith on ghibah, the Treaty of Hudaybiyah...
23925

Read And Rise ,The Fun, Fast And Firm way To Fluent Quran Recitation