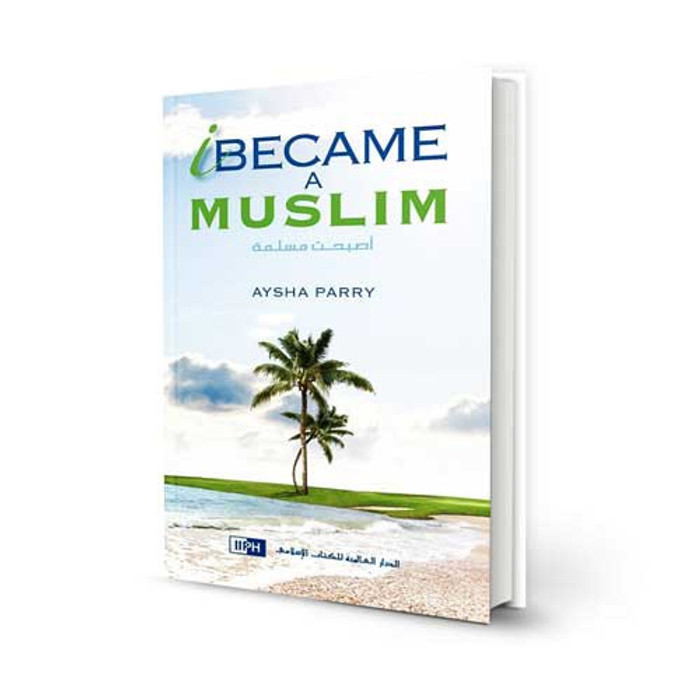 03A
The first question usually posed to a new Muslim convert — especially a woman — is: Why? Why would you leave the religion of your family to embrace Islam? I Became a Muslim was written to answer this question. Beginning with her early childhood memories in England, Aysha Parry, explains how she became confused and then disillusioned by her Christian religion. After travelling around the world in a spiritual quest, during which she discovered different cultures and witnessed unusual religious practices, the powerful ‘call to prayer’ captured her heart, inviting her to embrace Islam. Her final and brave decision was to put Allah, love and family at the heart of her new religious lifestyle in the place she now calls home: Egypt. Her distinctive story explains exactly what she found in Islam and what she left behind. The candid discussions of the challenges she faced before and after Islam may occasionally include statements that are not entirely in accordance with Islamic creed, but they reflect her unique experiences and ongoing process of learning. I Became a Muslim will inspire those who are considering converting to Islam as well as those who simply want to better understand this religion.
View AllClose

MSRP:
Now: £5.50
Was:
A Concise Manual for the New Muslim SL: 01BL2 O Muslim, verily ALLAH has bestowed a great blessing upon you by guiding you to Islam. ALLAH says: This day, I have perfected your religion for...
22019

MSRP:
Now: £4.00
Was:
New Muslims In Britain 20B A research study into the attitudes, expectations of 'new' Muslims in Britain and the responsibility of the Muslim community towards them.
22901

MSRP:
Now: £12.00
Was:
Cupping /Hijama Set (6 Cup) 06C This is the highest quality cupping set on the market, variety of 6 popular cupping cups, we are almost certain that you will be very pleased with this set. All...
23196

In The Early Hours(Reflections On Spiritual And Self Development)

MSRP:
Now: £4.50
Was:
In The Early Hours(Reflections On Spiritual And Self Development) 13A A collection of inspirational advice by a dear and beloved teacher, Ustadh Khurram Murad on the subject of spiritual and self...
23143

The Five Pillars Of Islam(Laying the Foundation of Divine Love)

MSRP:
Now: £8.99
Was:
The Five Pillars Of Islam(Laying the Foundation of Divine Love And Service to Humanity) 13A The Five Pillars of Islam is a comprehensive and practical manual on the five pillars, or the...
23145