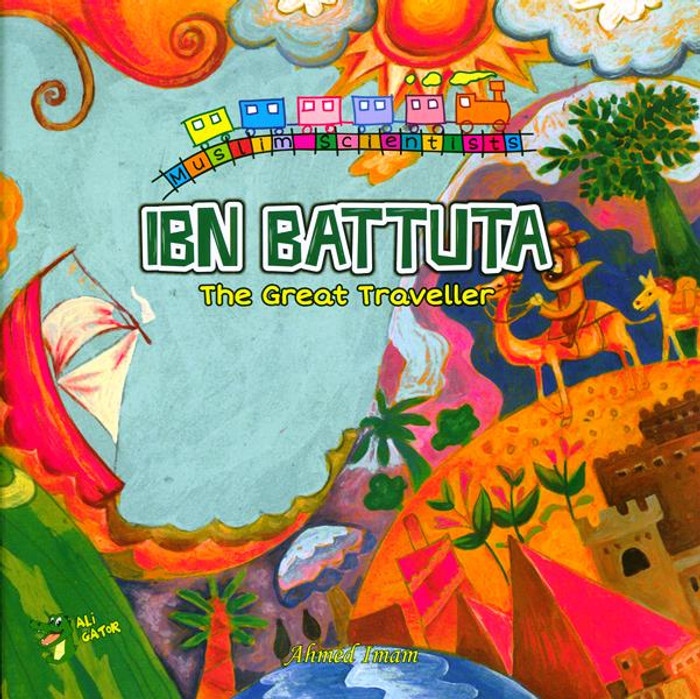 Ibn Battuta: The Great Traveller Long before plane or trains were invented, Ibn Battuta went on a remarkable 30-year journey, including four trips to Hajj, travelling over 100,000 kilometres. No wonder he is called “The Great Traveller”. Through beautiful full-page illustrations and easy-to-understand text, this book introduces young Muslims to the adventures of Ibn Battuta, and the dua said before travelling. The Muslim Scientists series introduces children to great scientist, scholars & adventurers from the Golden Age of Islam
View AllClose

MSRP:
Now: £4.00
Was:
Allah Protects Me (Iman Building Series) When Maryam wakes up from her afternoon nap and can’t find her mother anywhere, she becomes scared as she thinks she is all alone in the house. Her...
23798

MSRP:
Now: £4.00
Was:
Allah Is The Best Of Planners (Iman Building Series) Fatima and Yaseen’s father tells them an old story about the King and his best friend Hamza. The King accidentally cuts his finger whilst...
23797

MSRP:
Now: £2.99
Was:
Amazing Jannah In a place that is bigger than all the earth and all the skies. Allah has created Jannah. Invisible for us to see. Oh what a beautiful place, Jannah must be. This book stimulates...
23803

MSRP:
Now: £4.50
Was:
The Little Arabic Alphabet Book SL: 03EL2 A colourful illustrated Quranic Arabic Alphabet book with pictures and word in transliteration to help with pronunciation. The book has the Arabic letter...
23885