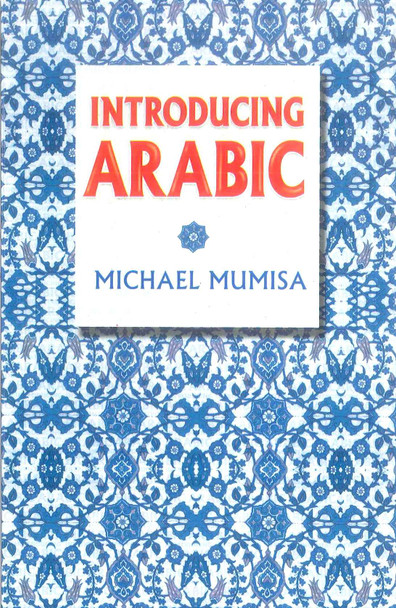 Most of the texts available in English to teach Arabic language and grammar are either too difficult for the beginner in this field to follow due to the type of the Arabic script used as well as the complex terminology employed by the authors or too basic to deal with important theories and laws. This book presents some of the basic as well as advanced laws of Arabic in simple language and method. It is based on three celebrated classical sources; the Sharh Ibn Aqil by Ibn Aqil (698-769 A.H.), Awdah al-Masalik by Ibn Hisham an-Nahwi, and the Muqaddimah al-Ajrumiyyah by Ibn Ajrum (672-723 A.H.). Besides being the language of Islamic texts, Arabic are the key to understanding some of the world's greatest civilizations and intellectual histories. Copious data on "pre-colonial" African history as well as classical documents on medicine and philosophy which were later transmitted to the West are available in Arabic. The United Nations and other global agencies have also accepted it as an international language. This book will benefit those who have just been initiated into this exciting field as well as those already at the advanced stage of their studies.
View AllClose

MSRP:
Now: £3.99
Was:
Madinah Arabic Reader Book 1 SL: 02DL1 Professor Abdul Rahim is the director of the Translation Centre of the King Fahd Quran Printing Complex and former professor of Arabic at the Islamic...
21023

Virtues of the Shahadah

MSRP: £7.50
Now: £7.00
Was:
Virtues of the Shahadah The Shahadah is the first thing that a new muslim utters and the last thing that all muslims utter before they depart from this world.
21273

MSRP:
Now: £4.50
Was:
Gateway to Arabic Book 1 SL:10A Gateway to Arabic is a well-structured, progressive course that has been carefully designed to teach Arabic in a non-Arabic-speaking environment to learners from a...
21331

MSRP:
Now: £6.95
Was:
My DaughtersMy Lord has bestowed Ghada , Assia,Nora and Ladan upon me. it is through them all that i am capable of appreciated with a heart which is devoid of mercy,happiness,or...
21691

MSRP:
Now: £2.25
Was:
C.B.S.E. Arabic Grammar   A concise book covering all grammar portions prescribed by the Central Board of secondary Eduction (C.B.S.E.) for the students of class 9 and 10 is a practical guide...
22122

MSRP:
Now: £7.95
Was:
Qiraat ar Rashida (Arabic ) 09B Description from the publisher: This is part of a series developed by Shaykh Abul Hasan Ali Nadwi because the Arabic Books available for teaching students of...
21339

MSRP:
Now: £2.25
Was:
Learn The Arabic Alphabet SL: 02DL1 Since it was in Arabic that the Quran was revealed, it is advisable for all Muslims and others wishing to make a study of Islam to learn this language, so that...
21034