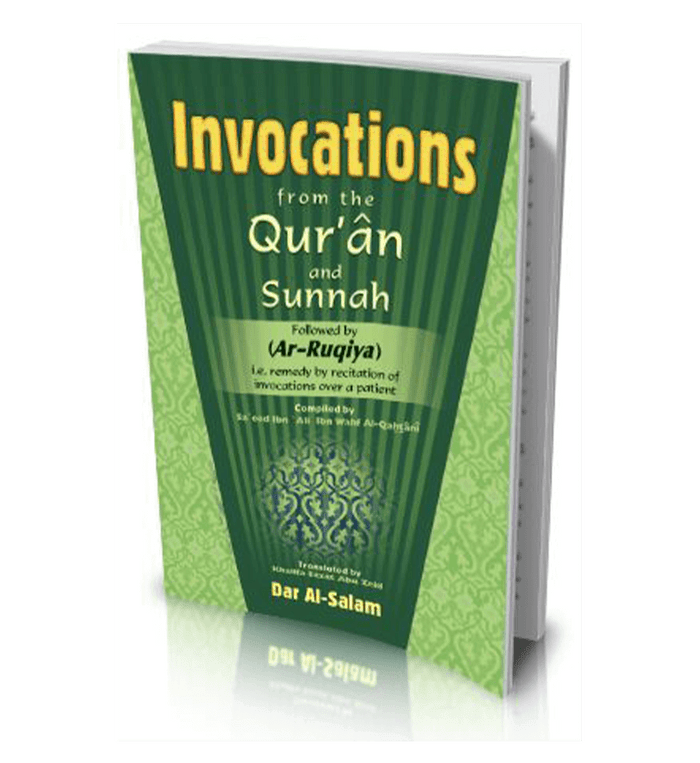 This is a very beautiful booklet consists of many authentic Duas (supplications) for a Muslim to supplicate on a daily basis and on special occasions. Also Contains the Section Ar-Ruqiya (Remedy by recitation of Invocations over a patient) Ruqyah (plural ruqa) derives from the past-tense verb raqa. It consists of words said or written in the form of dud or Dhikr for the purpose of protection or cure. It is sometimes accompanied with other actions, such as blowing or wiping over the thing to which it is applied. A synonym for ruqyah in Arabic is tawith and tawithah, from which derives the description al-Muawwidhat (the protecting ones) for the last three suras of the Quran, and al-Muawwidhatan (the two protecting ones) for the last two suras only (cited below). They are usually referred to in English as spells, charms, incantations, and so on.
View AllClose

SUPPLICATIONS FOR THE MORNING & EVENING AND DAY AND NIGHT CD

MSRP:
Now: £9.95
Was:
SUPPLICATIONS FOR THE MORNING & EVENING AND DAY AND NIGHT CD SL:00000 Beautiful readings of recommended athkars (supplications) for the morning & evening. 22 PAGE DUA BOOKLET WITH ARABIC &...
21760

Selected Surahs & Supplications for the Morning & Evening From Quran & Their Virtues

MSRP:
Now: £3.50
Was:
Selected Surahs & Supplications for the Morning & Evening From Quran & Their Virtues SL: 00000 The Road to Good Friendship by Abdul Malik Al-Qasim The distinguished feature of this booklet is to...
21777

Tafseer Surah Fatihah and Clarifying the Categories of Tawheed in it

MSRP:
Now: £7.50
Was:
Tafseer Surah Fatihah and Clarifying the Categories of Tawheed in it The meaning of Tawheed Uloohiyyah: is Unity of Allaah in His worship in all of its aspects whereas none of it is disposed for...
21903