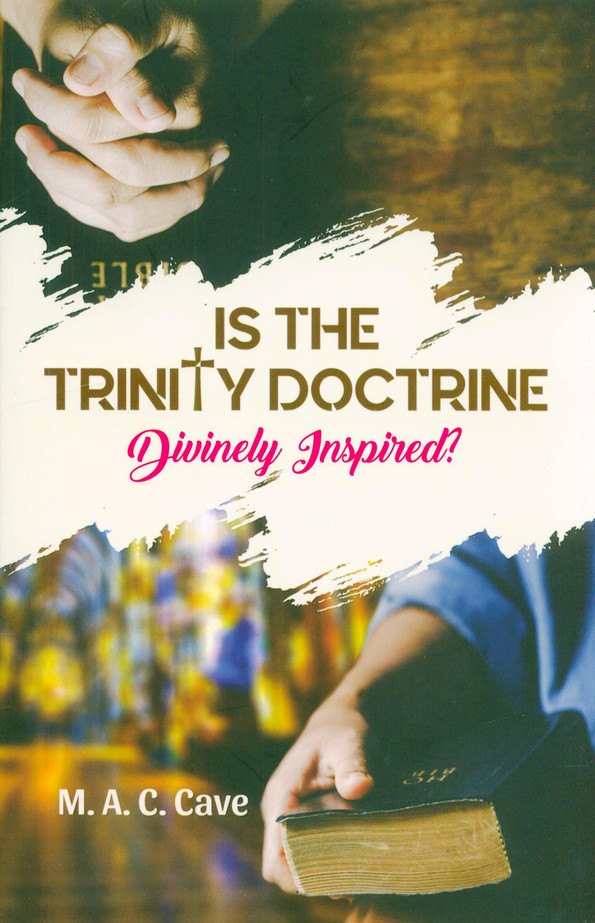 IS THE TRINITY DOCTRINE Divinely Inspired
This book serves as the food for thought to every right-minded person and the followers of Modern Christianity. The concept of the Trinity had baffled every Christian denomination. Although Mr. M. A. C. Cave was a Christian who believed in the Trinity before, when he carried - out his research into the origin of this doctrine, he discovered to his utter amazement, that it was a later development which was conceived and engineered by various Christian writers and thinkers.

Mr M. A. C. Cave builds up evidence that the Trinity is but a man - made doctrine that falls short of being a revelation from God. Subsequently, this tailor - made doctrine lost its angularity on account of built-in contradictions and proved thorny on the side of Christian hierarchy in general and the clergy in particular who are trying to prop it up.

MSRP:
Now: £11.95
Was:
An Inspired Life_The Prophet Muhammad صلی الله علیه وآله وسلم 03B An Inspired Life informs and inspires with its insights into the birth of the Islamic faith and the tribulations encountered by...
21078

MSRP:
Now: £10.00
Was:
From MTV to Mecca( How Islam Inspired My Life) 06B This book recalls the journey of a woman, Kristiane Backer, who encountered Islam when she was a presenter with MTV. Hers was a world that had...
23121

MSRP:
Now: £12.00
Was:
Billion Dollar Muslim: Why We Need Spiritually Inspired Entrepreneurs Born out of Khuram Malik's aspirations to sow the seeds of a flourishing generation of successful Muslim entrepreneurs,...
23818

MSRP:
Now: £6.00
Was:
In an all-encompassing manner,Rituals of a Worshiping Heart,describes the heart, it's been responsible for perception andcognitive response, its virtues and importance,and follows withdiscussions...
24899

Release from the Shackles of Desires

MSRP:
Now: £2.50
Was:
Release From The Shackles of DesiresIbn QayyimMankind is granted innate desires as a means of trial and sound intellect to help guide and regulate his desires. Allah also provided man divine guidance...
24894

Aiding the Khatib and Imam

MSRP:
Now: £15.00
Was:
Aiding the Khatib and Imam To proceed:  The noble Shaykh Muhammad ibn Zayd ibn Muhammad al-Madkhali, may Allah grant him success, has me his treatise which he has titled:  Aiding the...
24891