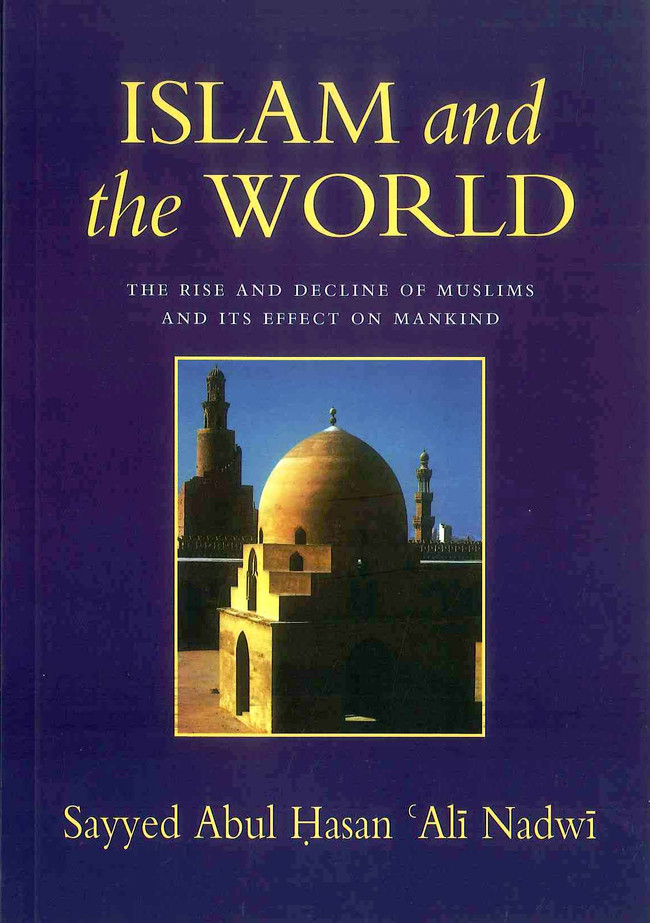 09B
Timeless and judicious, originally written in Arabic, it examines the role Islam played in history and its impact on human progress and the loss that humanity suffered by its decline. It counters the prevailing attitude that Islam is a spent force, that it has outlived its usefulness. The author persuasively argues for the eternal reality of Islam and that it is a programme of life which is always dynamic and can never grow obsolete. This thought-provoking tour de force throws new light on the motives, opportunities and impact of the Islamic and other civilisations, on the material welfare and spiritual progress of humanity. About the author: Sayyed Abul Hasan 'Ali Nadwi (1914 - 1999) was one of the leading Muslim scholars of our time. He hailed from a family which has produced such illustrious figures as Sayyed Ahmad Shahid (1786-1831). He was the Rector of Nadwatul 'Ulama, Lucknow; Chairman, Managing Committee, Darul Musannifin (Shibli Academy); Azamgarh, India, Member of the Academy of Arts and Letters, Damascus, and the Higher Council of the Islamic Universities, Rabat and of the Academy of Arabic Language, Oman. He was a Founder Member of the Constituent Council of the Muslim World League, Makkah and Chairman of the Oxford Centre of Islamic Studies, Oxford UK. He received the King Faisal Award and numerous other awards from national and international bodies for his services to the cause of Islam. He was a powerful, eloquent writer and orator, both in Urdu and Arabic. His works in both these languages are numerous; many have been translated into English: among them are Islam and the World; Muslims: Beliefs, Customs and Traditions; Stories of the Prophets; Muhammad the Last Prophet, Shaikh ul-Islam Ibn Taimiyah (Taymiyyah) Life and Achievements, Studying the Glorious Qur'an; Stories from Islamic History; A Starlight View of Islam's Past and The Minaret Speaks.
View AllClose

MSRP:
Now: $7.43
Was:
Islam in Focus 11B Islam in focus is one of the best known ans most widely distributed general introductions to Islam by a Muslim author in it the author directs his message both to Muslim and...
21197

The Merits of Islam

MSRP:
Now: $3.75
Was:
The Merits of Islam 33B Shaikh Abdur-Rahman Ibn Nasir bin As-Saadi Translated by Sidheeque M.A Veliankode Islam is the religion that ALLAH has chosen for mankind to follow. It is the...
22476

MSRP:
Now: $8.25
Was:
The Pillars of Islam 05DL3 The 5 main pillars of Islam and many sub-pillars of those have been explained in detail. This book starts of with the basic two testimonies explaining the meaning and...
22978

MSRP:
Now: $14.99
Was:
This is a commentary on the book of Shaikh Muhammed ibn Abdul Wahhab’s Nawaqid Al Islam (The Ten Nullifiers of Islam). It deals with the ten acts that could nullify one’s Islam.
24807

MSRP:
Now: $22.50
Was:
The End Of The World In recent times things have become very confusing and we have begun to see in bookstores and on websites speculation about future events, based on verses and hadeeths which...
21000

MSRP:
Now: $7.43
Was:
The World of the Angels SL:014 The world of Angels is an example of traditional learning and its translation fills a much needed gap in aqida (beliefs) literature in English speaking world...
22108

MSRP:
Now: $45.00
Was:
The Last World Description of the signs of the hour Barzakh and the hereafter from Quran and Sunnah.
23593