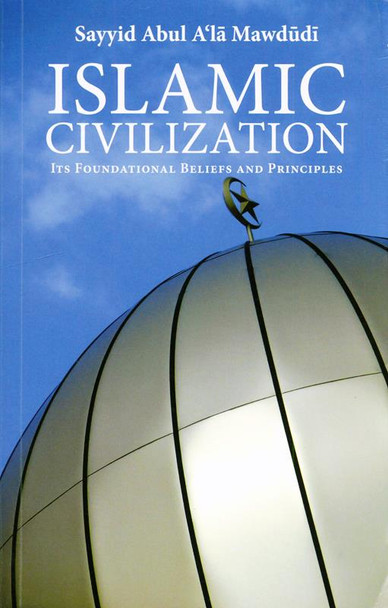 In this book Mawdudi (1903 – 1979) attempts to bring out the vital relationship between the concept of civilization and Islam’s underlying worldview and vision of life. Mawdudi argues that the true understanding of Islamic civilization is possible only by having access to the soul of that civilization and its underlying fundamental principles – belief in God, the angels, the Prophets, the Revealed Books and the Last Day – rather than to its manifestations in knowledge, literature, fine arts or rhetoric, its social life, its notions of refined living or its system of governance. With a foreword by Zafar Ishaq Ansari, this is an authoratative first complete English translation by Syed Akif, of Islami Tahdhib awr uskey Usul-o-Mabadi written n the 1930s at a time when the momentum for independence was growing in British India.
View AllClose

MSRP:
Now: $6.00
Was:
Mushaf Uthmani Small (8x11) This Arabic only Qur'an, features a deluxe hardcover, with Deluxe Pages of the Qur'an in standard Uthmani script. Beautiful Page and Script. 17 line per page
23695

MSRP:
Now: $10.50
Was:
The Heavenly Dispute Dar as-Sunnah are honoured to bring another classical work of Imam Al-Hafiz Ibn Rajab in the English language. It is an important commentary on the noble hadith of the...
23696

MSRP:
Now: $7.50
Was:
The Remembrance Of Death And The Afterlife If a person had no other distress or anguish before them except death, this would be sufficient to disturb their livelihood. Death is the reality of every...
23747

MSRP:
Now: $13.43
Was:
Nurturing Eeman in Children 03B A plethora of parenting books on the market these days covers every aspect of dealing with your children. From the terrible twos to the troublesome teens, you will...
23733

MSRP:
Now: $22.50
Was:
"Depression, anxiety and loneliness are common problems today. Envy, greed, and materialism invade our hearts and poison our relationships and lives. Racism, warfare, and economic deprivation...
23866

MSRP:
Now: $9.75
Was:
Mohammad's Prophethood Reality or Myth (Hard Cover) 03A No other personality in history has generated more debate than that of the Prophet of Islam Muhammad! He has been ranked the number one most...
23735