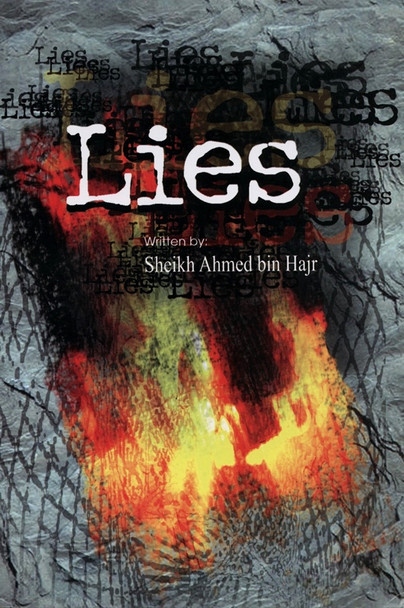 There are certain universal sets of values that have been accepted and acknowledged throughout time, in all cultures, simply because they are part of the innate human nature crafted by the Creator. Truth, and as a corollary, abhorrence of lies is one such value.

This is because the negatives of lies are all pervasive, and clear as day. Unfortunately, however, as with the degeneration of other values of our system, the forces of evil have been at work to erode and pure and simple injunctions handed down by Allah to all his people.

Sheikh Ahmed bin Hajr has undertaken the task to remind us of how great a sin lies are, by very lucidly presenting its negatives in the light of Allah's revelations in the Quran and Ahadeeth (sayings) of Prophet Muhammad giving very simple examples along the way.

In a simple narrative style interspersed with ayah from the Quran and ahadeeth, he has made it crystal clear why lies are considered to be a grave sin, something all of us should do our utmost to avoid.

May Allah allow us to derive guidance from this book and mould ourselves into good Muslims? Ameen.

I Only Worship Allah

MSRP:
Now: £14.95
Was:
The Exorcist Tradition 07B This work is specifically aimed at filling a gap in modern research on the Islamic concept of exorcism and the supernatural world related to it, based upon the sources...
22170

MSRP:
Now: £4.50
Was:
Human Right and Racial Discrimination In Islam SL:07 It was not until man began to lose his rights that he began to recognize them and pursue them. Divine laws were sent down through prophets to...
22002

MSRP:
Now: £4.00
Was:
Dealing With Worries & Stress SL:19B Taken from the Authors introduction  It is the nature of this life that people will suffer from worries and stress, because this world is the place of...
22013