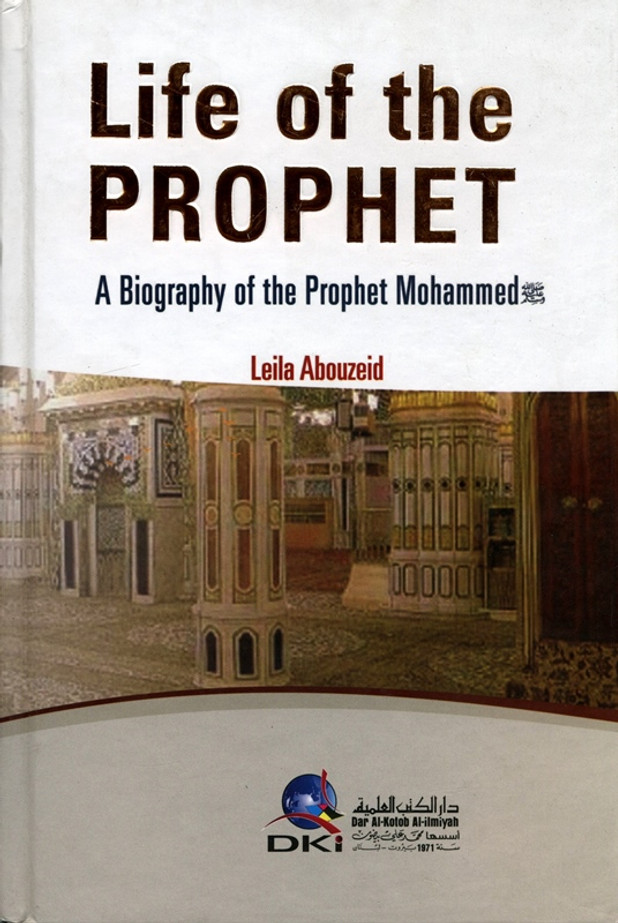 SL: 15B
The Biography Of Prophet Mohammed is the first to be written by a Muslim Woman and modern creative writer. The author wrote it in English without adding personal interpretations or comments. She wants the audience to do their own interpretations. The Prophet Muhammad brought into the world the religion of Islam in its final form. His life continues to inspire millions and millions of people around the world. Recent world events, bringing the world of Islam into more and more contact with other cultures around the world, many want to know more about Islam and the Prophet Muhammad in particular , this is an ideal book for those who are researching the Lifie of the Prophet of Islam. Well written in flowing English. Leila Abouzeid, born in 1950, is Morocco’s best known female writer. In addition to poetry, newspaper articles, short stories, and translations, she has published three books: a novel, Year of the Elephant in 1984 (translated into English in 1990), an autobiography, Return to Childhood: The Memoir of a Modern Moroccan Woman in 1993 (English translation, 1998) and in 2003, The Last Chapter, a semi-autobiographical work dwelling on identity, gender, and male-female relations. Abouzeid has deliberately chosen to write in Arabic—not in French—although many of her works have been translated into foreign languages. 9782745173034.
View AllClose

MSRP:
Now: €5.33
Was:
The Biography of Imam Bukhaaree 33C This is the second in a series of books on the biographies of Muslim scholars. I hope to focus not just on their contributions to the vast wealth of Islamic...
21782

Stories Of The Prophets (IIPH)

MSRP:
Now: €17.77
Was:
Stories Of The Prophets (Iiph) 03B This book deals with the important events of God's prophets and Messengers from Adam, the first prophet, to Jesus (peace be upon them all), compiling the stories...
21922

The Noble Life of the Prophet (Volume 1-3)

MSRP:
Now: €17.77
Was:
Muhammad (SAW) Noble Life Of The Last Prophet And Messenger Of Allah Religion & State I fully acknowledge that there are many books about the Prophet's life, written by tireless researchers and...
24873

The Noble Quran Large One Volume (Side by Side)

MSRP:
Now: €33.17
Was:
The Noble Quran Large One Volume (Side by Side) SL:04AL2 This book is ideal for children of five years and upward. Through these Dot-to-Dot Fun, children are introduced to the best-loved stories...
21022