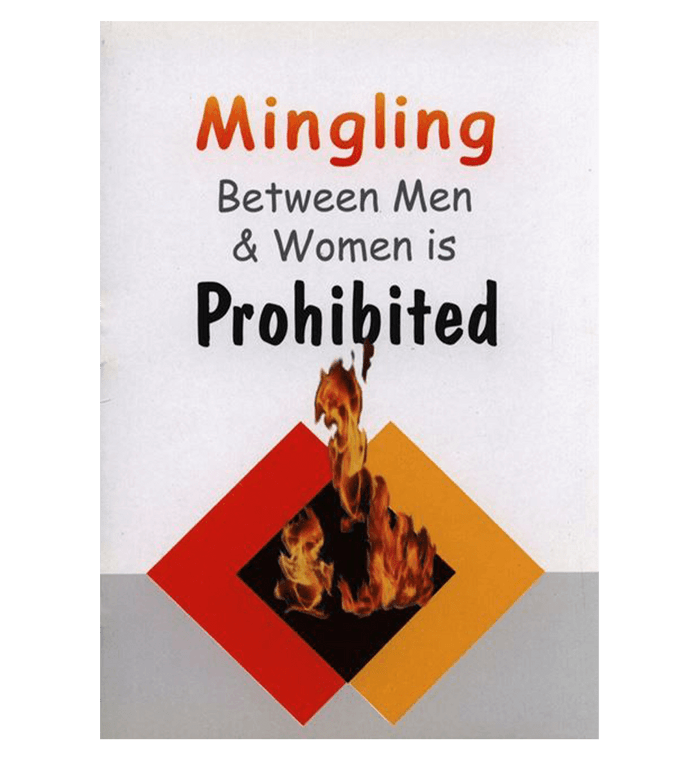 04CL1
It is not a matter of controversy in Islam that mingling between men and women is prohibited or not. Rather it is a distinguishing feature of Islamic culture that men and women should remain separate and perform their duties in a most obliging manner. People who have insight know very well that mingling of men with women is the root cause of many evils that can arise afterwards. The family ties, the relations between husband and wife, the children and other matters can all easily be disturbed as a result of mingling of men with women
View AllClose

MSRP:
Now: £5.00
Was:
The Three That follow To The Grave 19B In the Sahih of Al Bukhari and muslim ,it is reported that Anas ibn Malik narrated that the Prophet said: ”Three things follow the deseased person (to the...
23212

MSRP:
Now: £9.95
Was:
Issues The Muslim Woman Should Concern Herself With 11A I decided to select single sections from my book ath-Thammaar al-Yaani'ah min al-Kalimaat al-Jaami'ah (The Ripe Fruits taken from the...
21429