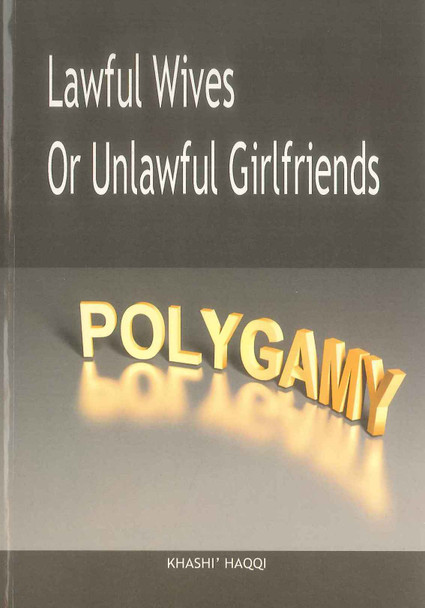 One of the religious issues that has attracted different opinions and is still under discussion nowadays is the issue of polygamy in Islam and the obvious questions that it involves, such as the wisdom behind polygamy and whether it agrees with the modem ideology and the necessities of the modem time, and most importantly the wives of the Prophet. However, the reader will soon find out that all the problems that have been discussed and which have caused much pain and sufferance are only caused by the alienation of modern man from Allah's Guidance and Course. Modern man has taken the wrong path and followed the man-made laws and western principles; or more precisely, he has embraced the western ethics, values and way of life instead of Allah's laws and Islamic principles. 'This leads modern man to look at polygamy as a strange thing and an unusual practice, whereas having different girlfriends becomes normal and acceptable.
View AllClose

A Guide To The Principles Of Tajwid

MSRP:
Now: £2.50
Was:
A Guide To The Principles Of Tajwid 16B Tajwid literally means ' to imrove or do better' and is the knowledge and application of the rules of recitation practised by the Prophet(s.a.w.w)as Jibril(a...
21385

Insurance in an Islamic Economy

MSRP:
Now: £5.95
Was:
Insurance in an Islamic Economy 14B The book Discusses the nature of risks that are covered by insurance as distinguished from gambling which creates its own risk or involves one in a risk or...
21394

MSRP:
Now: £12.95
Was:
50 Righteous & Humane Concepts Brought By Muhammad 11B "I was reminded... recently of part of the Byzantine emperor manual ll Paleologus and an educated Persian on the subject of Christianity...
21404

MSRP:
Now: £6.00
Was:
The Mercy In The Difference of The Four Sunni Schools of Islamic Law SL: 013 SL: 014 This book is the first translation into English of a well known and widely used, six hundred year old classical...
21569

MSRP:
Now: £3.00
Was:
Polygamy In Islam 03A The rationale and laws behind = Taaddud al-zawjat fi al-Islam [Paperback] Polygamy is the Muslim practice most frequently and severely maligned by Westerners and...
21128