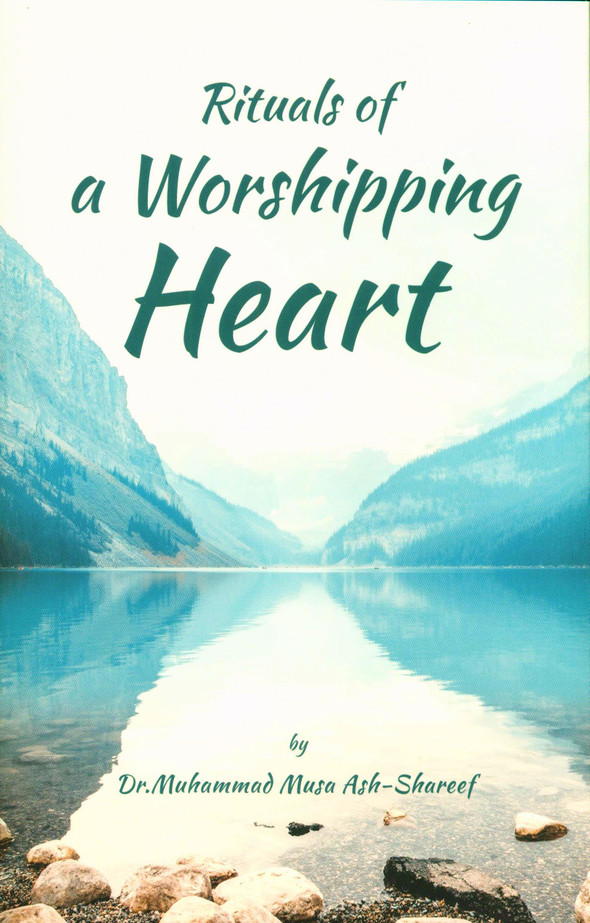 In an all-encompassing manner,Rituals of a Worshiping Heart,
describes the heart, it's been responsible for perception and
cognitive response, its virtues and importance,and follows with
discussions regarding how the heart becomes corrupted and how
it can be remedied. As such, it discussed five heart-related acts of
worship around which the actions of all limbs revolve.
All these were followed with the mentioning of some important
basic characters connected to the heart as examples of other
beautiful characters and enviable attributes. A comparison
between the heart-related acts of worship and those of the limbs
corroborates the importance of paying attention to the heart's
rectification.In all of that, the author mostly depended on the
verses
of the Qur'an and the Sunnah, citing appropriate
statements and actions from the Pious Predecessors.

The Intellingent Heart, The Pure Heart

MSRP:
Now: £5.50
Was:
The Intellingent Heart, The Pure Heart 20B The Qur'an and Hadith refer to the heart as an organ of affection, understanding, thinking and feeling. This fascinating book begins by examining the...
21279

Disturber Of The Hearts

MSRP:
Now: £5.50
Was:
Disturber Of The Hearts 19B The discerning scholar is adept at diagnosing the various spiritual illnesses resulting from sins, and treating the malaise in the heart. If he finds a person failing...
22012

The Rituals of Hajj and Umrah

MSRP:
Now: £5.95
Was:
The Rituals of Hajj and Umrah 14B This book is a translation of the summary of Ibn Taymiyyah's famous book Manasik by Shaykh Husayn Aal Shaykh with detailed commentary from Shaykh Nasir al...
22514

The Heart of the Quran

MSRP:
Now: £8.99
Was:
The Heart of the Qur'an is a collection of loving letters sent from God to humanity. The Prophet Noah would plead with his people, saying “I am delivering my Lord’s messages to you”...
24779

An Introduction to the Hanbali Madhhab

MSRP:
Now: £35.00
Was:
Ibn Taymiyyah said about al-Imām Ahmad, “He was the virtuous imam, and thecomplete leader with hom Allah clarified the truth, rejected falsehoods, clarifiedthe correct methodology, and...
24900

MSRP:
Now: £6.00
Was:
From the translator's preface:This book is the first in an envisioned series of translations from 1bnTaymiyyah's theological works that cover a wide range of topics from theevidences of God's...
24898

MSRP:
Now: £3.50
Was:
IS THE TRINITY DOCTRINE Divinely Inspired This book serves as the food for thought to every right-minded person and the followers of Modern Christianity. The concept of the Trinity had baffled every...
24985

The Modernist Menace to Islam