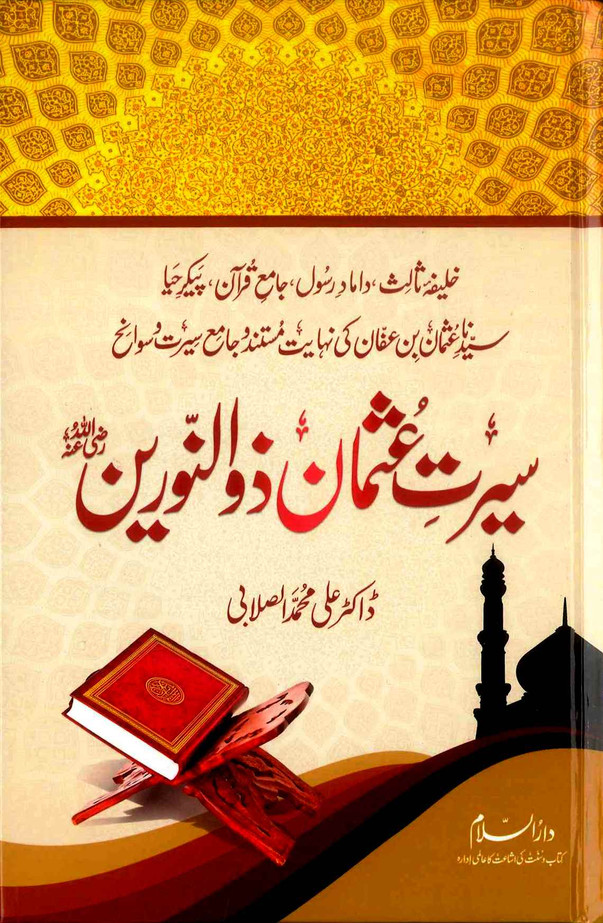 SL: 05BL1
In this Urdu translation of this book, Dr. As-Sallabi presents the life of the third caliph of Islam, `Uthman ibn `Affan رضِی الله عنه, and highlights his great achievements, as well the issues and turmoil that he faced due to the hypocrisy movement that plagued the Muslim society. He also addresses the misrepresentations of `Usman رضِی الله عنه, fabricated by his enemies and detractors and perpetuated, inadvertently or otherwise, by writers and historians, as well as the activities of the hypocrites and the effort they put into fabricating these lies and causing division in the Ummah, the effects of which Muslims are still suffering today. The study of history is of great importance, especially for Muslims who have been denied access to their heritage in many ways due to the upheavals that befell the Muslim world in recent decades and centuries, and due to tampering and insertions in their own books of history. Usman ibn Affan رضِی الله عنه was the fourth person to accept Islam upon invitation of Abu Bakr As Siddique رضِی الله عنه. Thus he learned with the Prophet صلی الله علیه وآلهِ وسلم from the very beginning of Islam and faced much prosecution at the hands of his family and clansman. The Prophet صلی الله علیه وآلهِ وسلم loved Usman رضِی الله عنه so much so that he gave two of his daughters in marriage to him, earning him the title Dhun-Noorayn (carrier of 2 lights). Prophet صلی الله علیه وآلهِ وسلم said after the death of his second wife that if he had a third daughter he would have given her to Usman رضِی الله عنه as well. The Prophet صلی الله علیه وآلهِ وسلم gave glad tidings of paradise to Usman saying that whatever he does after today will not harm him. During his caliphate the Islamic empire spread far east into Azerbaijan and south into North African and Nubia to name a few. During this time there were many achievements made in the Islamic empire including many canals, guest houses at different way points, and building of a much stronger Muslim army. He also established judicial and financial institutions to strengthen the Islamic empire. The last few years of his caliphate were however filled with great trials, which eventually led to his murder and division of the Muslim Ummah
View AllClose