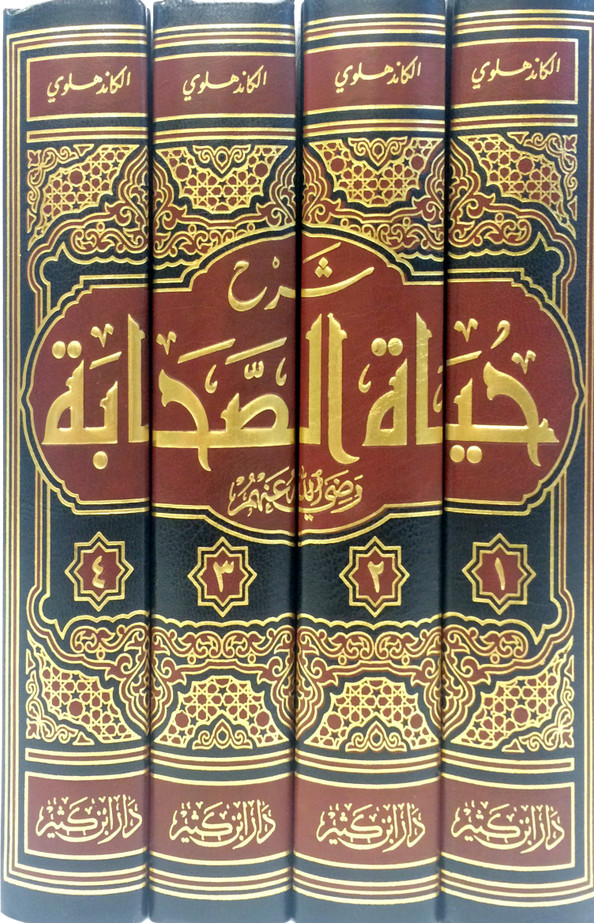 About the book : The explanation of Hayatus Sahabah ( Lives of the Sahabah ) by Mohamed Ilyas Albara Bankawi is in 4 volumes, about the companions of the Islamic prophet Muhammad, the original book written by Islamic scholar Muhammad Yusuf Khandlawi. The original work has been available in numerous languages including English, Urdu, Arabic, Hindi, Bengali and others Faisal Award winner and renowned Islamic scholar Abul Hasan Ali Hasani Nadwi wrote a preface for its English translation.] The book presents, in graphic detail, numerous aspect of times, lives, morals and struggles of the companions based on authentic and original sources of Prophetic Traditions, Seerah, Tabaqaat and Islamic History. About the Author: Alshieki Muhammad Yusuf Kandhlawi, (1917–1965) was an Islamic religious scholar, who became the second amir of tablighi jamaat. He was born to a notable family of scholars and was exposed to an environment of piety at a young age. He memorized the Quran at the age of ten and continued to study Hadith and the Islamic Sciences.
View AllClose

Goodnight Stories from the Lives of Sahabah

Goodnight Stories from the Lives of Sahabah