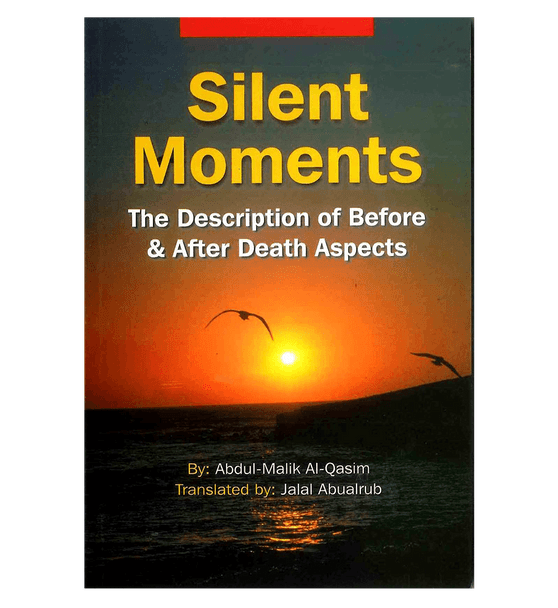 28A
Abu Hazim said: "Trade of the Hereafter is not sought after, and whatever is left of it, is about to finish! As a result, no part of it, minor or major, will remain." Whenever the light went out in the house of Hisham bin Abu Abdullah, he would turn around in his bed until his wife brought a light for him. So she asked him why he felt anxious when the light went off and he replied, "When the light goes off, I remember the darkness of the grave." This is why AI-Mu'tasim used to say when he was dying, "If I knew that my life would be this short, I would not have committed what I committed." Also, Caliph AI-Muntasir said at the time of death, when he was wished well, "All will happen except being well! Life has gone away and the Hereafter has come." Ibn Mas'ud ~ once said: "The believer will not attain comfort until he meets ALLAH" Life is Just like a dream that passes as fast as clouds. It is a mere hour of time that soon fades away. It is a journey that has already started and will soon come to an abrupt end.
View AllClose

The Obligation Of Repenting To Allah

MSRP:
Now: £2.95
Was:
The Obligation Of Repenting To Allah   Verily, Allah by His extensive wisdom, irrefutable record (account), and His all-encompassing knowledge of everything He puts His slaves through tests in...
21955

MSRP:
Now: £9.95
Was:
Daily Wisdom: Sayings of The Prophet Muhammad 13A This beautiful presentation of the Prophet Muhammad’s teachings engages the reader in a moment daily reflection. With 365 traditions covering a...
23048

Advisors Of The Prophet(peace be upon him)

MSRP:
Now: £6.00
Was:
Advisors Of The Prophet(peace be upon him) 05DL3 This book explains to us who the close advisors to the Prophet (PBUH) were. The book also explains in detail who they were and the key moments in...
22932

The Final Moments! The Calamity of Death

MSRP:
Now: £7.95
Was:
The Final Moments! The Calamity of Death 16B An insightful book about the process of death, its pains, its stages, attributes and the events that follow death. Few things are inevitable,...
21910

MSRP:
Now: £7.00
Was:
Musk by Al Haramain Perfumes (15ml) This item is ONLY available for UK residence. Emerge! Haramain Musk, with its winning fragrance will make every challenge seem a cakewalk, and make every step an...
22789

Tell Me About Hajj

MSRP:
Now: £6.95
Was:
Tell Me About Hajj SL: 02DL1 The story of Hajj, the pilgrimage to Makkah, begins over 4000 years ago when, following the Divine command, the Prophet Ibrahim travelled for a long distance till he...
21074

Getting the Best out of Al-Hajj (Pilgrimage)

MSRP:
Now: £12.00
Was:
Getting the Best out of Al-Hajj (Pilgrimage) 25A The book provides a realistic view of Hajj as it is today, with detailed explanations of all the rites. It provides Figh relates issues about Hajj,...
21687