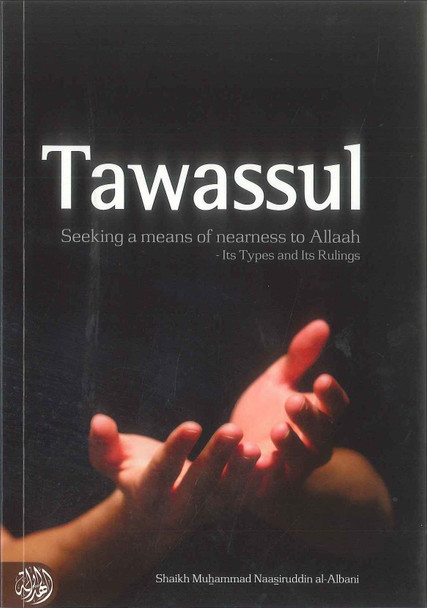 Seeking a means of nearness to Allaah - Its types and its rulings. 'The people are in great confusion about the matter of Tawassul and its rulings in the religion, and they greatly differ concerning it, some declaring it lawful and other prohibiting it, some going to extremes and others being over-lenient. Also, a large number of the Muslims have been used to saying in their supplications for centuries such things as: 'O Allaah by the right of your Prophet...,' or 'by the right of the Sacred House...forgive me.; 'O Allaah by the right of the Awliyaa and the pious, and so and so etc.' Or 'O Allaah by the honour of the men of Allaah to You, and by the honor of those in whose presence we are, and under whose assistance we exist, relieve us and the distressed from all distress'... '...Some people even go so far beyond bounds that they even allow tawassul to Allaah, the Most High, through some inanimate objects from the creation that do not even reach the level of the aforementioned, such as graves of the Awliyaa, metal structures built upon their tombs, and earth, stones and tress found nearby. They claim that whatever is near to those who are honoured itself becomes honoured, and that the honour which Allaah bestows upon the occupant of a grave passes on to the grave itself, so that it becomes a means of Waseelah to draw nearer to Allaah thereby. Indeed some of the later people allow directly seeking aid from others besides Allaah!' 'So what is Tawassul? What are its types? What is the meaning of the Aayaat and the ahaadeeth which mention it? And what is the correct ruling for it in Islaam?'
View AllClose

MSRP:
Now: £9.95
Was:
Fatawa Essential Rulings for Every Muslim Woman SL: 01DL2 Acquiring knowledge of Islam is incumbent upon every Muslim Male and Female in order to fashion their lives according to the dictates of...
21141

MSRP:
Now: £1.95
Was:
Selected Fatawa for Women 33B Darussalarn presents this booklet with the intention of providing information, knowledge and wisdom of the Islamic teachings to the women. The increasing...
21646

MSRP:
Now: £12.00
Was:
Islamic Fatawa Regarding Women 27B Women face a lot of special problems regarding their messes, post-partum bleeding, Istihada, hijab, mixing with men, rights & duties with respect to their...
21673

Advice on Establishing an Islamic Home

MSRP:
Now: £5.00
Was:
Advice on Establishing an Islamic Home 19B An excellent book discussing the foundation of an Islamic household. The author addresses issues that are relevant to the majority of the Muslims, such as...
21054

Excellence of Patience and Gratefulness by Ibn Al-Qayyim

MSRP:
Now: £12.00
Was:
Islamic Fatawa Regarding Women 27B Women face a lot of special problems regarding their messes, post-partum bleeding, Istihada, hijab, mixing with men, rights & duties with respect to their...
21673