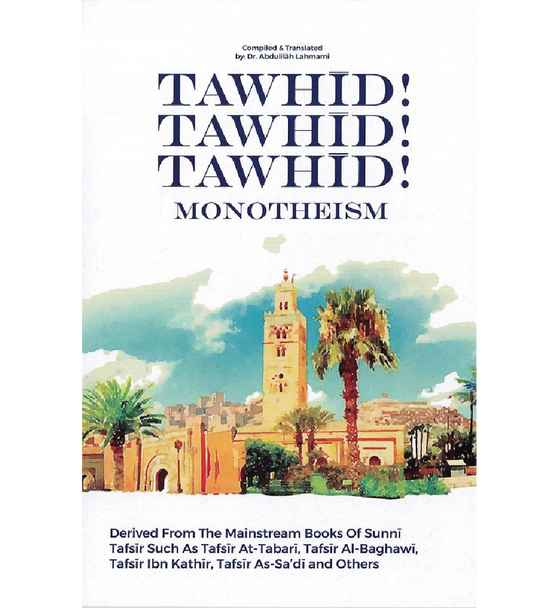 MSRP:
Now: £5.00
Was:
The Quran, sometimes written as "Koran" is the sacred book of Muslims, who believe that God has revealed His word and message to humanity throughout the ages. The Book of Signs Foundation seeks...
23988

MSRP:
Now: £7.50
Was:
Kitab At-Tawhid Hard Cover 24B In this book, all the relevant verses have been discussed reasonably, rationally, and sincerely; and the essence of the Qur'an and Sunnah is placed in a very simple...
22075

MSRP:
Now: £8.50
Was:
Aqidat-ut-Tawhid Hard Cover SL: 02BL2 Aqidat-ut-Tawhid The Creed of Monotheism: An explanation of what negates it, or diminishes from it, such as major & minor polytheism, innovations & others...
22077

MSRP:
Now: £7.50
Was:
My First Islamic Studies Book (Junior Level) 00000 Islam gives great care and attention to seeking knowledge with the first verse to be revealed commanding to Read. It is the responsibility of...
23995

MSRP:
Now: £8.00
Was:
The Book of Great Quotes (Gems from Abu Bakr, Umar, Uthman and Ali) 00000 Throughout the centuries, the world has come to know some great leaders who have been revered as shapers and makers of...
23998