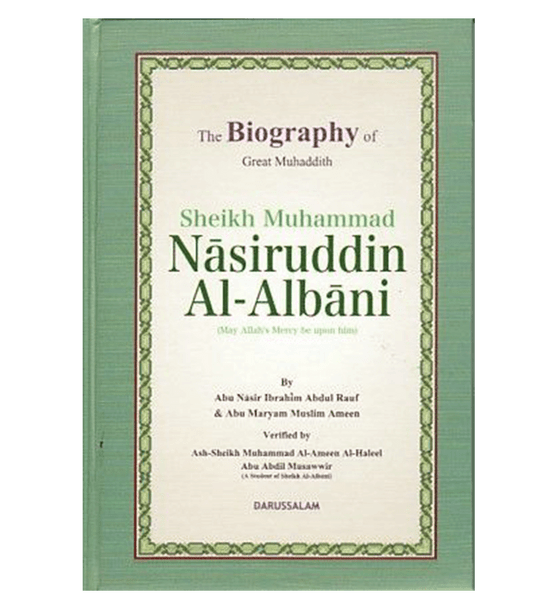 05DL3
This book represents a brief narration of the life of one of the foremost scholars of Islam during the recent past. The book tells the tale of a Muslim child born towards the end of the Ottoman Empire in Eastern Europe. He was destined to become an inspiration for the entire Ummah including the scholars and great leaders.The book represents a story of a modest beginning for the young man, his education and character building, leading up to his great services to the Muslim world that he offered. He had an excellent memory which allowed him to memorize many ahadith of the Prophet and become a great Muhadith of our time.Finally, the book presents a picture of the legacy of knowledge that As-Sheikh, Al'Allaamah Abu Abdir-Rahman Muhammad Nasiruddin Al-Albani (1332H - 1420H - 2nd October, 1999 - May Allah's mercy be upon him) left, including his students, books and guidance
View AllClose

MSRP:
Now: £25.95
Was:
Biography of the Prophet صلّی الله عَلیهِ وآلهِ وَسلَّم Two Volume Set 26B The Biography is in chronological order describing all the events of the life of the Prophet from his childhood till...
21547

The Fatwas Of Imam Al Albani Regarding Fiqh, Creed & Transactions

MSRP:
Now: £7.30
Was:
The Fatwas Of Imam Al Albani Regarding Fiqh, Creed & Transactions 11B In the name of Allah the Most Gracious the Most Merciful All praise & thanks are due to Allah, we seek His help &...
22326

MSRP:
Now: £6.00
Was:
The Value of Time (Shaykh Abd al-Fattah Abu Ghuddah) 06B The Value of Time is a collection of amazing sayings, anecdotes and wonderful stories of the scholars of the Muslim Ummah, which indicate...
23124

The Necessity of the Hadith In Islam

MSRP:
Now: £9.95
Was:
The Necessity of the Hadith In Islam SL: 03C There was a time when the notion of Hadith rejection was inconceivable. Sad to say, it is now becoming a widespread phenomenon in many countries. The...
22244