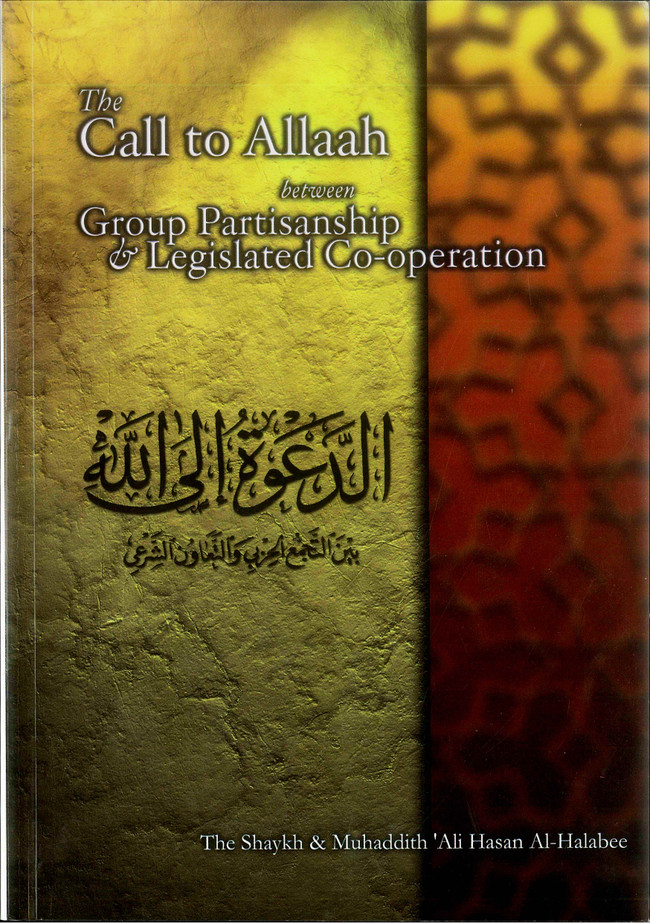 SL: 02AL1
This book contains an explanation of the Muslims highest aim and lofty goal. It contains a clear explanation of important truths of the Islamic work, differentiation between the means and the goals It affirms that the appearance of multiple parties means opposition, disunity, contradiction and disagreement, and this is what Allaah , the One free of all defects, has made His Deen and call free from. A scholarly study of the term hizb in the language, technically and in the shareeah, and an explanation of its bonds and fetters, its failings and its consequences, and its forms and manifestations.A full explanation of the true link between individuals in an Islaimic society. The true Shareeah meaning of Jamaaah and what is done in the absence of a Jamaaah. A reply to the doubts raised by supporters of the parties to justify their error and deviation whilst they think that they are doers of good.
View AllClose

A comparison between Veiling and Unveiling

MSRP:
Now: £1.50
Was:
A comparison between Veiling and Unveiling 0000 The author has proved with references from the Qur'an and Sunnah of veiling of women in Islam. Unveiling is against the traditions (Sunnah) and...
23224

The Excellence of Supplicating to Allaah & Constantly Remembering Him

MSRP:
Now: £1.95
Was:
The Excellence of Supplicating to Allaah & Constantly Remembering Him SL: 02AL1 In an extract from this book, the noble Scholar, Shaikh Saalih Al- Fawzaan states: "The remembrance of Allaah, the...
22176

MSRP:
Now: £5.95
Was:
Sultan Muhammed Al-Fatih 16B This is a story that should be told to every young child, obviously after telling the stories of the Final Messenger & his companions. This is a real life story...
21318

MSRP:
Now: £4.30
Was:
The Islamic View On Gambling & Playing Cards 11B Makkah Al Mukarramah for translation, print & distribution is pleased to present another publication to our respected readers.
22309

The Fatwas Of Imam Al Albani Regarding Fiqh, Creed & Transactions

MSRP:
Now: £7.30
Was:
The Fatwas Of Imam Al Albani Regarding Fiqh, Creed & Transactions 11B In the name of Allah the Most Gracious the Most Merciful All praise & thanks are due to Allah, we seek His help &...
22326