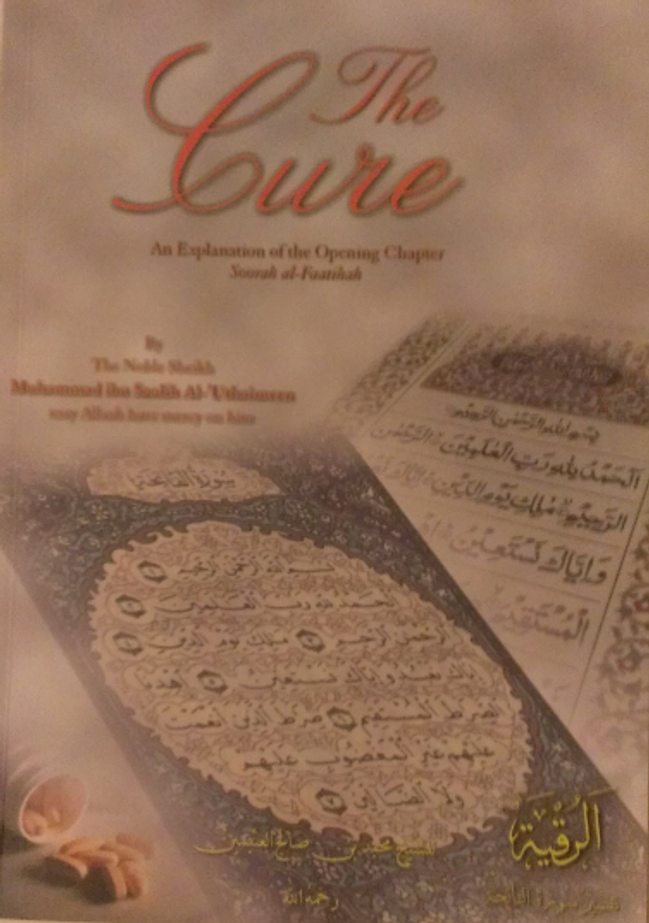 This Soorah has characteristics that distinguish it from others. From those characteristics is that it is a pillar of the prayer, which, in turn, is the greatest pillar in Islam after the testification of faith. There is no prayer for the one who does not recite the opening chapter of the Qur’an. It is also a ‘Ruqya’ (incantation – used as a cure when read over someone). When read over the sick they are cured by the permission of Allah because the Prophet (صلى الله عليه وسلم) said to the one who read it over a person who had been bitten by a scorpion and was cured, “How did you come to know that it is a ‘Ruqya’ (cure)?” [Agreed upon, Saheeh al-Bukhaaree [2276] with the additional wording, “You have done the right thing].
View AllClose

Diseases of the Hearts & their Cures

MSRP:
Now: £5.50
Was:
Diseases of the Hearts & their Cures SL: 19B "Know O beloved reader that it is most important to spend one's time and energy in treating the heart, and hastening to correct and purify it from...
21120

MSRP:
Now: £4.75
Was:
200 Signs Of The Magicians & Sorcerers, The Cure For Magic 11B As magic, trickery, lying and cheating has become widespread in the Muslim world and people have had their money taken in...
22315

MSRP:
Now: £7.00
Was:
This is a translation of Shaykh Aḥmad al-Najmī’s explanation of al-Qāṣīdah al-Lāmīyah, which is ascribed to Shaykh al-Islām Ibn Taymīyah. It comprises of only 16 verses of poetry, clarifying...
23499