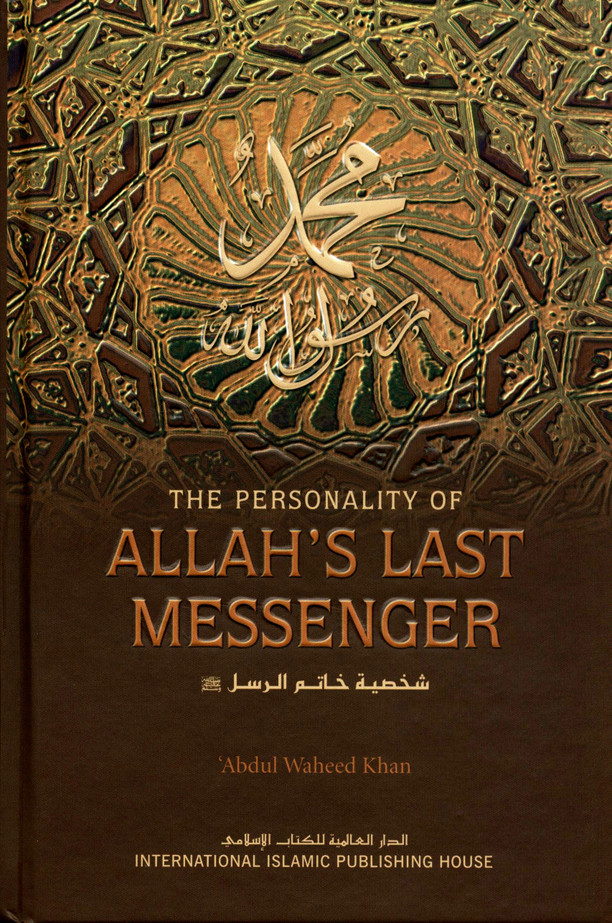 03B
The world has not lacked for heroes or great personalities, yet most of them distinguished themselves in one field or another, unlike the unlettered Prophet, Muhammad ibn Abdullah. This man was a towering personality who excelled in many diverse fields; as statesman, general, teacher, lawmaker, social reformer, exemplary father and husband. His honesty and integrity were known and respected by all, even his enemies. In spite of all this, it must be said that the truth is about one whom George Bernard Shaw described as: that wonderful man who is unknown to many outside the Muslim world. In this book, Abdul Waheed Khan has attempted to feature out the true personality of the last messenger of Allah to demolish all the distortions and misconceptions which have been propagated by biased or ignorant writers and hopefully, to induce in the reader a sense of reverence and respect for this greatest man in the history of the world. This book is really a valuable one no reader can dispense with. In addition, the book has been revised and annotated by Sameh Strauch.
View AllClose

MSRP:
Now: £3.50
Was:
Personality Development From an Islamic vision, the human being is the center of universe. A quick review of the verses of the Glorious Quran and the Sunnah, statements, actions and traditions...
23550

MSRP:
Now: £11.95
Was:
Miracles & Merits of ALLAH's Messenger 25B Darussalam is proud to present the abridged English translation of the classic work : Al Bidayah Wan Nihayah. This Book focus on the events that took...
21555

MSRP:
Now: £3.50
Was:
The Need for Creed Prophets: Allah's Messengers (5) The Need For Creed series is a collection of 10 colourful board books of rhyming poetry full of faith-building information for young minds to...
23428

MSRP:
Now: £3.00
Was: £6.00
The final Messenger The Life story of Prophet Muhammad ﷺ Verily, there has come to you a Messenger from among yourselves. It grieves him that you should receive any injury or difficulty. He is...
23642