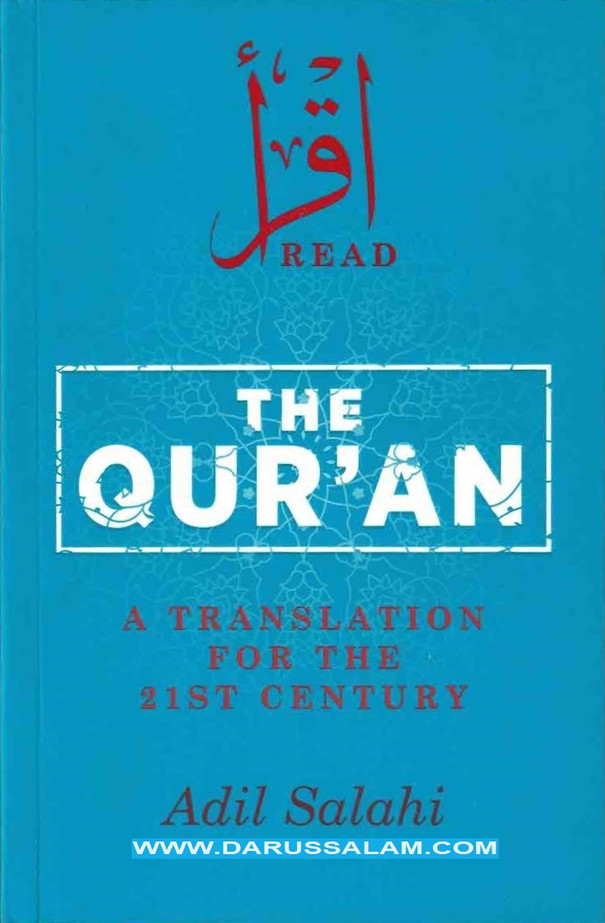 There are numerous translations of the Qur’an in English, as well as in other European languages. Quite a few were produced in the first half of the twentieth century and earlier than that, but many others were published after 1950 and the trend continues. Several answers may be offered to the question: why should anyone take the trouble of translating anew what has already been translated? Perhaps the right answer is that it is the translator’s thirst to bring to the English reader more of what a speaker of the language of the Qur’an feels when he or she recites it.

The Qur’an is God’s book, and He says that it sets things in clear and easy to understand language. However, it’s rule throughout is brevity of expression and breadth of meaning. Yet, it’s literary excellence is far superior to anything Arabic has ever known even in it’s heyday of fine poetry. No wonder, it is God’s word.

Adil Salahi’s translation attempts to put the meanings of the Qur’an in clear modern English, so as to make it easier for the twenty-first century reader to gather the full message of the Qur’an without having to read numerous footnotes or resort to books of commentary.

Adil Salahi is the translator of Sayyid Qutb’s In the Shade of the Qur’an, an 18 volume commentary on the Qur’an, as well as other books on Qur’anic studies. His translation benefits by his lifelong study of the Qur’an and his interaction with his readers concerning it’s meanings.

God Revisited : Issues of Belief & Identity in the 21st Century