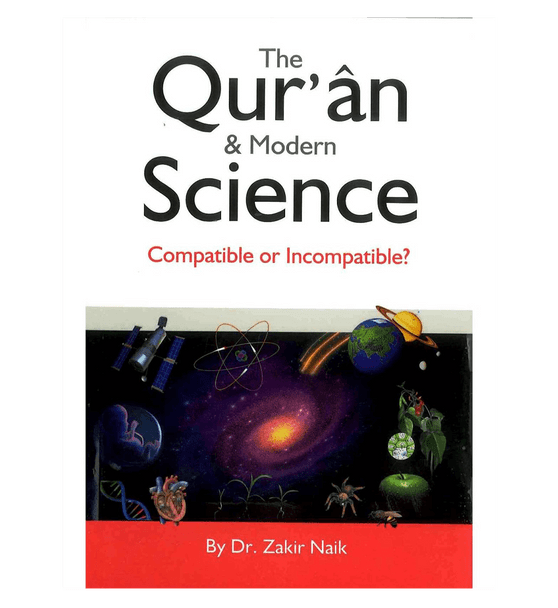 Ever since the dawn of human life on this planet, Man has always sought to understand Nature, his own place in the scheme of Creation and the purpose of Life itself. In this quest for Truth, spanning many centuries and diverse civilizations, organized religion has shaped human life and determined to a large extent, the course of history. While some religions have been based on books, claimed by their adherents to be divinely inspired, others have relied solely on human experience. Al-Qur'an, the main source of the Islamic faith, is a book believed by Muslims, to be of completely Divine origin. Muslims also believe that it contains Divine guidance for all humankind. Since the message of the Qur'an is believed to be for all times, it should be relevant to every age. Does the Qur'an pass this test? In this booklet, I intend to give an objective analysis of the Muslim belief regarding the Divine origin of the Qur'an, in the light of established scientific discoveries. There was a time, in the history of world civilization, when 'miracles', or what was perceived to be a miracle, took precedence over human reason and logic. But how do we define the term 'miracle'? A miracle is anything that takes place out of the normal course of life and for which humankind has no explanation. However, we must be careful before we accept something as a miracle. An article in `The Times of India', Mumbai, in 1993 reported that 'a saint' by the name 'Baba Pilot' claimed to have stayed continuously submerged under water in a tank for three consecutive days and nights. However, when reporters wanted to examine the base of the tank of water where he claimed to have performed this 'miraculous' feat, he refused to let them do so. He argued by asking as to how one could examine the womb of a mother that gives birth to a child. The `Baba' was hiding something. It as a gimmick simply to gain publicity.
View AllClose

Ulum ul Quran: An Introduction to the Sciences of the Quran

MSRP:
Now: £7.95
Was:
Ulum ul Quran: An Introduction to the Sciences of the Quran 13A The first survey of this important subject in a Western language. This exceptionally clear and helpful introduction to the study of...
23148

MSRP:
Now: £20.00
Was:
Islam & Science for Starters Learn science with the Quran. Using the scientific signs of the Quran in the areas of astronomy, Geology, and Biology, this book will enhance faith and logic at the...
25028

MSRP:
Now: £28.00
Was:
Fiqh According to the Qur'an & Sunnah : 2 Volume Set 23B This book illustrates the many facets of our daily life according the Quran and Sunnah. Each book is further subdivided into chapters...
21690

My Hijaab My Path

MSRP:
Now: £14.95
Was:
My Hijaab My Path By : Al-AmreekeeyahUmmm Mujaahid Khadijah Bint Lacina SL: 00000 Includes fifty ahaadeeth on the legislated hijaab , plus related rulings the conditions of hijaab, translation...
21460

Learning Arabic Language of The Quran

MSRP:
Now: £13.00
Was:
Learning Arabic Language of The Quran 25B The message of the Quran is addressed to all creation, conveyed in the Arabic language. Allah Almighty says: " We have it down as an Arabic Quran so that...
21689