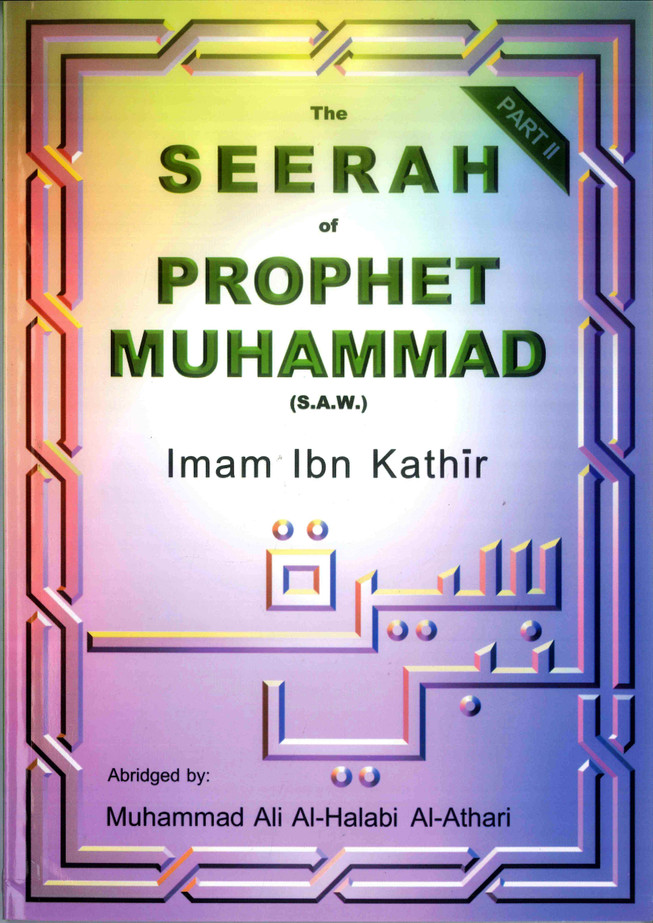 The seerah, story of the prophet from before his birth until his successors after him as told by Imam ibn Katheer, translated into English. This detailed seerah looks at the history of the Arabs in the region before Islam, the events surrounding the birth and upbringing of the prophet as well as his receiving the first revelation and the extraordinary events and difficulties that followed which would ultimately change the world and shape the future of the entire world. Abridged by Sheikh Muhammad Ali Al-Halabi Al-Athari
View AllClose

MSRP:
Now: £9.95
Was:
The Seerah Trail SL: 012 Capture the seerah instantly with the Seerah Trail. This powerful image lays out the main events of the life of the Prophet Muhammad صلی الله علیه وآلهِ وسلم in one...
21438

MSRP:
Now: £7.95
Was:
Quran And Seerah Stories SL: 02DL2 These are some of the best loved tales from the Quran and from the life of the Prophet Muhammad. Especially chosen for the very young, they provide a foundation...
21057

Golden Morals (A Collection of Stories from the Seerah of PBUH)

MSRP:
Now: £17.00
Was:
Golden Morals (A Collection of Stories from the Seerah of Prophet PBUH) 26B The Seerah of the Prophet (PBUH) is an everlasting topic. The Muslims are never fed up with its fragrance. It has been...
22619

MSRP:
Now: £7.99
Was:
A Treasury of Hadith (A Commentary on Nawawi’s Selection of Prophetic Traditions) 13A Imam Nawawi’s collection of 42 hadith brings together some of the most important and pivotal Prophetic...
23132

MSRP:
Now: £14.95
Was:
Aalam-e-Aakhirat Urdu : عالِم آخرت SL: 05AL1 This book is urdu translation of the book End of the world by Dr Muhammad al- Areefi. In recent times things have become very confusing and we have...
22537

The Life of Muhammad (PBUH) Dar us Sunnah | Prophethood

MSRP:
Now: £3.95
Was:
The Life of Muhammad (PBUH) (Extracted from Imam An-Nawawi's Introduction to his Tahdhib al-Asma wal-Lughat) 19B This succinct account of the Messenger's life and his many noble qualities, which...
23120