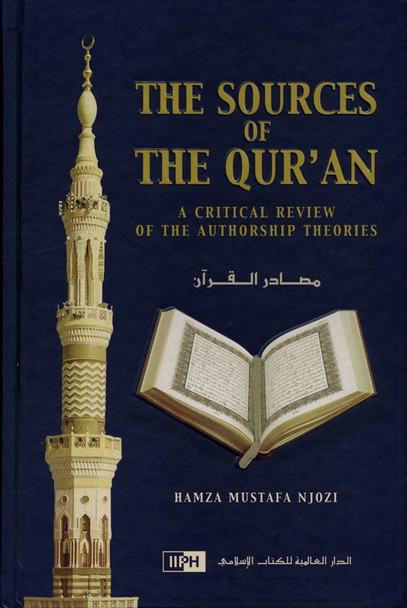 03A
Who is the author of the Qur’an?" On this subject scholars have flagrantly contradicted each other. This work attempts to make a critical review of the major ‘authorship’ theories by pressing into service logical arguments, historical evidence, textual analysis and scientific data. Probably, the only point of agreement about the Qur’an is that it was uttered for the first time by a man who was born in Makkah (Mecca), a city of Arabia, in the sixth century—a man by the name of Muhammad (blessings and peace be upon him). As to the source of the Qur’an, scholars are divided into three main groups: those who believe that Muhammad (blessings and peace be upon him) himself was the author; those who believe that he was not the author himself but learned it from another human author or authors; and those who believe that the Qur’an has no human author but is rather a word-for-word revelation from God. Hamza Njozi examines the three theories and comes to a firm and logical conclusion.
View AllClose

MSRP:
Now: £3.50
Was:
Prayers for Muslim Children 33B Full color booklet of prayers for Muslim children. Includes English, Arabic, plus English transliteration for pronunciation. All the glorifications and praises are...
21787

The Foundations Of Faith

MSRP:
Now: £5.50
Was:
The Foundations Of Faith 11B Makkah Al Mukarramah for translation, print & distribution is pleased to present another publication to our respected readers. Our foremost goal is to spread the...
22312

MSRP:
Now: £4.30
Was:
Prophet Muhammad’s Life At Home 11B All praise are for Allah, the only one worthy of worship, & may Allah mention His messenger amongst the angels. The following treatise the prophet at home is...
22320

MSRP:
Now: £17.50
Was:
Islamic Studies Grade 9 SL:04CL3 This is set of 6 books from the Islamic Education Series. Given the dire need for Islamic studies material in schools incorporating the subject in English,...
22335

MSRP:
Now: £18.00
Was:
Many today are confused about the concept of the Khilāfah, many are calling for it, others are afraid of it, while some outright deny it.   A number of Muslim political activist groups have...
24962

MSRP:
Now: £4.00
Was:
Where Is ALLAH : A Commentary & Analysis in Light of the Quran & Sunnah) SL: 07 The issue regarding the highness of ALLAH has been argued by many people even though it is one of the most clearest...
21879

MSRP:
Now: £5.99
Was:
Blessed Names and Attributes of Allah 13A Remembering the Names of Allah is a sacred tradition in Islam. Both the Qur’an and sayings of the Prophet (ahadith) state the importance of learning them...
23162