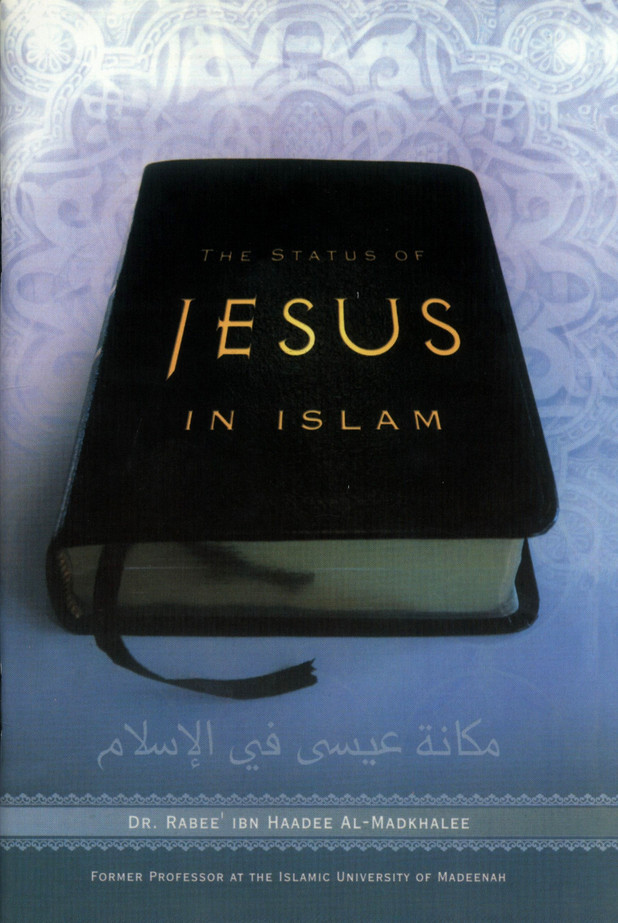 SL: 00000
The Status of Jesus in Islam By Dr. Rabee' Ibn Haadee Al-Madkhalee About the Book: In this brief treatise, the author sets out to clarify Islam's true position towards Jesus, which is the middle course between two extremes. At one extreme there are those who believe that Jesus is God, the Son of God or part of a divine trinity while on the other extreme there are others who slander him and deny his message. The correct belief regarding Jesus as confirmed in the Qur'an and Prophet Muhammad's teachings is that he was no more than a prophet and messenger of God sent with the same message as all the prophets before him such as Moses, Abraham and Noah. That message was to worship God alone and avoid false deities. This is the one true unwavering message of the Creator to His creation throughout the course of time, and it is the same message that Jesus brought to his people and which Muhammad brought to his people after him. We hope that this short treatise will serve as an invitation to Christians to reflect on the beauty and simplicity of Islam, which has taken a moderate stance towards Jesus, assigning him a lofty role as one of the foremost messengers of God. About the Author: Dr. Rabee Ibn Haadee Al-Madkhalee is one of the well-known scholars of Saudi Arabia. He is a former graduate and professor at the renowned Islamic University of Madeenah. He has authored numerous books and treatises about Islam which clarify misconceptions and false notions concerning it.
View AllClose

MSRP:
Now: £9.50
Was:
Mountains of Knowledge SL: 02AL1 With the aim of actualising the saying of the revered Imaam Maalik ibn Anas (died 179H), The latter part of this Ummah will not be corrected except by that which...
22180

MSRP:
Now: £10.00
Was:
The Fundamentals of Tawheed - Islamic Monotheism - Hardback 04A Tawheed, the belief in the Oneness of ALLAH, is the core of the Islamic faith. Humans, as the designated vicegerents of ALLAH on...
22267

The Effects Of Worship On A Muslim’s Life

MSRP:
Now: £3.00
Was:
The Effects Of Worship On A Muslim’s Life 11B Worship requires two conditions in order to be accepted, firstly sincerity to Allah, and secondly adhering to the practice of the prophet. Being...
22318

What Did Jesus Really Say?

MSRP:
Now: £15.00
Was:
What Did Jesus Really Say? The book contains detailed information and descriptions that show how the Bible was changed and tampered with over the past two millennia. The account and the...
23690

MSRP:
Now: £3.00
Was:
Before Nicea The Early Followers of Prophet Jesus SL: 15B Around 90 CE, the Shepard of Hermas was considered to be a book of revelation by the church, according to EJ Goodspeed and is one of two...
22590