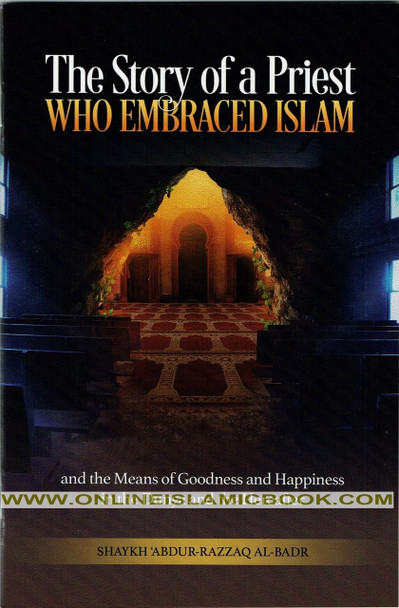 “Imam Ibn Baz said: ‘If Islam and its beautiful characteristics were to be explained to the disbelievers they would enter into it in large crowds. One of the Indian callers mentioned to me that 1000 people had embraced Islam at his hands and he said: ‘My method is that I would sit and speak with them and I would not go beyond 15 minutes speaking about the beautiful characteristics of the religion; or a half an hour at the most and these (1000 people) had each embraced Islam.’” Ref. Explanation of the Fundamentals of Tafsir which no Exegete of the Qur’an Can Do Without
View AllClose

MSRP:
Now: £8.00
Was:
Miraculous Happenings in the Year of the Elephant The greedy and power-hungry king Abrahah intends to divert the world’s pilgrims from the Kaba, the House of Allah in Makkah, to the cathedral...
23831

MSRP:
Now: £30.00
Was:
Spanish - El Eden De Los Virtuosos (Riyad-us-Saliheen) : 2 Volume Set This is a Spanish translation of the famous text Riyâdh as-Saliheen (or The Gardens of the Righteous) compiled by Imam...
23883

MSRP:
Now: £25.00
Was:
The following is an explanation of some verses from the Mighty Book of Allāh. I wrote it because, while reciting the Noble Qur'ān, I pass by some verses and some of the treasures therein come...
23947