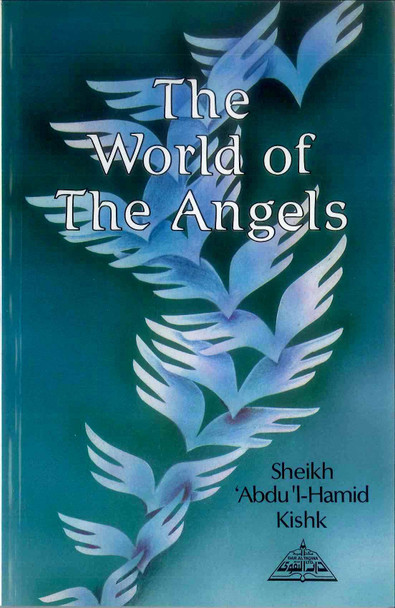 SL:014
The world of Angels is an example of traditional learning and its translation fills a much needed gap in aqida (beliefs) literature in English speaking world. Basing himself exclusively on the Quran and Hadith, Sheikh Kishk deals with every aspect of the angelic world. He goes from discussing the creation, from and nature of the angels to enumerating their many different types and also explains their role in existence and character of their interaction with the human race. An in depth understanding of the nature and activity of the angels is essential for the people of today, particularly in the face of the onslaught of scientific materialism which has done so much to weaken the bases of belief in this time. This book should help a great deal towards this end.
View AllClose

MSRP:
Now: £8.95
Was:
Belief Of Muslim Sects, Jews, Christians Philosophers & Idolaters about Angels 10B And From these Fundamental Principles which are obligatory upon the Muslims to believe in and in which the...
21427

The Dispute of the Highest Angels

MSRP:
Now: £3.00
Was:
The Dispute of the Highest Angels 14A The book is a translation of a valuable book regarding a precious hadith of the Messenger (p.b.u.h.). The subject of the hadith is about the angels of the...
22201

MSRP:
Now: £5.95
Was:
Knowing the Angels Eemaan Made EASY Series (Part-5) by Muhammad al-Jibaly. Publisher: Al-Kitaab & as-Sunnah Publishing. 07A This is a simplified series of books dealing with the fundamental...
21195

The World of the Noble Angels : Islamic Creed Series 2

MSRP:
Now: £9.95
Was:
The World of the Noble Angels : Islamic Creed Series 2 03B About the Book: From the moment an individual is conceived in his mother's womb, until his death and beyond, angels play a part in human...
21096