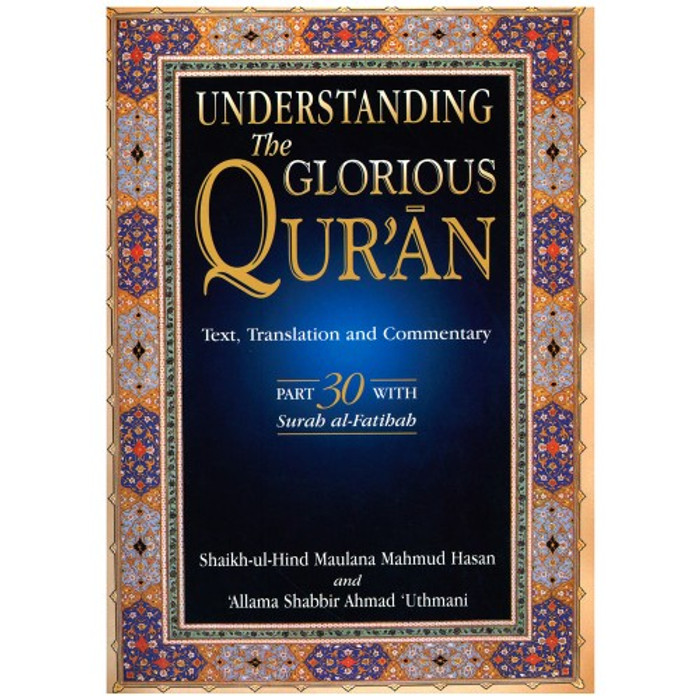 Understanding the Glorious Qur’an: Presented in a beautiful and unique layout to aid non-Arabic speakers to understand the meaning of the Qur’an – is a carefully rendered into modern English version of the famous Urdu translation and commentary Mudih al-Furqan commonly known as Tafsir ‘Uthmani (of which this is the 30th part). This tafsir by two of the most renowned scholars of Islam from the Indian subcontinent in the 19th century, Shaikh-ul-Hind Maulana Mahmud Hasan and his student ‘Allama Shabbir Ahmad ‘Uthmani is regarded as the most authentic rendering of the meaning of the Glorious Qur’an in any language. It was initially an adaptation of Shah Abdul Qadir Muhaddith Dehlawi’s translation and commentary known as Mudih al-Qur’an which according to many great ulama’ is ilhami (devinely inspired) and accepted by all Muslims.
View AllClose

MSRP:
Now: £10.00
Was:
Al-Muneer المنير في احكام التجويد 17A Books that take into account the level of the student and that can provide the recitation and tajweed in a systematic way, which correlates with the issues,...
23243

A Summary of the Creed of As-Salaf As-Saalih

MSRP:
Now: £1.50
Was:
A Summary of the Creed of As-Salaf As-Saalih 04CL1 A creed is a set of fundamental beliefs and guiding principles of a religion. A religion or sect differs from another if its beliefs and...
23262