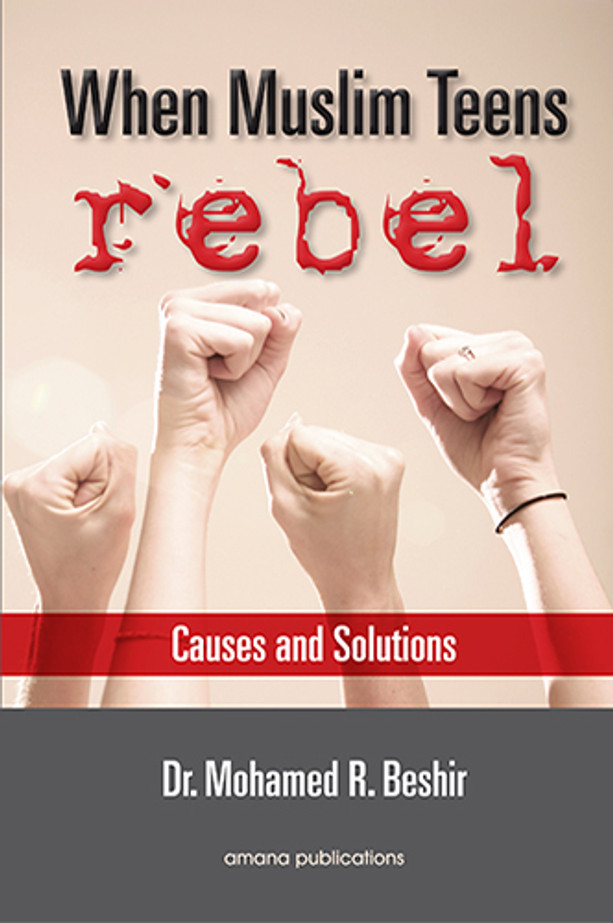 The objective of the book is to help parents save their teens from the negative impact of popular teen culture and succeed in raising them as strong, confident personalities who can contribute positively to their community and to the North American society at large. The book starts by explaining what is meant by rebellion, and discussing if it is inevitable in the life of a Muslim Teen. It then covers three basic ideas. The first idea deals with the causes of teen rebellion in general and additional factors that contribute to Muslim teen rebellion in particular. The second main idea covers the signs of this rebellion and how it manifests itself in the behavior of our teens. The third and most important part of the book deals with a comprehensive solution consisting of three components, the most significant of which is the Prophet's (pbuh) example in dealing with youth, then the role that parents can play complemented with the community's involvement. The proposed comprehensive solution cited in this book will be of great benefit to various communities in general and to Muslim teens and youth in particular.

What to Do When A Muslim Dies

MSRP:
Now: £1.25
Was:
What to Do When A Muslim Dies SL: 20B This is a practical step-by-step guide of how to proceed with the funeral arrangements from the time of death until burial.
21249

MSRP:
Now: £6.00
Was:
Marital Discord Causes & Cures 27B A blissful marriage is both stable and peaceful it abounds with mutual love, compassion, and mercy, while disagreement and discord are reduced to a minimum...
21681

Light At The End Of The Tunnel : The Stories Of The Muslim Teens

MSRP:
Now: £12.00
Was:
Light At The End Of The Tunnel : The Stories Of The Muslim Teens   The book features a collection of short stories written by Muslim teens. Through their stories they share the...
22663

MSRP:
Now: £12.00
Was:
Muslim Teens : A Practical Islamic Parenting Guide The book offers a practical guide for parents who wish to protect their teens from the dazzle of a superfluous western culture and help...
23419

What to Do When A Muslim Dies

MSRP:
Now: £1.25
Was:
What to Do When A Muslim Dies SL: 20B This is a practical step-by-step guide of how to proceed with the funeral arrangements from the time of death until burial.
21249

When the Moon Split

When the Moon Split : Large

MSRP:
Now: £15.00
Was:
When the Moon Split : Large 26B About this book: The biography of the Prophet صلی الله علیه وآلهِ وسلم is a very noble and exalted subject by which Muslims learn about the rise of Islam, and...
21550

What to Say When

MSRP:
Now: £6.99
Was:
Ramadan Moon Muslims all over the world observe Ramadan and the joyful days of Eid-ul-Fitr at the end of the month of fasting as the most special time of year. This lyrical and inspiring picture...
23770