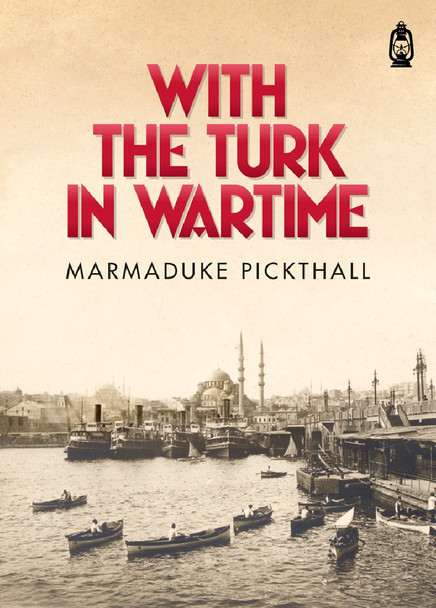 in 1913, four years before he converted to Islam and seventeen years before he would publish his renowened translation of the Quran, Marmaduke Pickthall journeyed to Turkey to investigate the state of the country after the Ottoman coup d'etat earlier that year. A self-professed lover of the East and of Islam, Pickthall's curiosity drove him to take lodgings with an expat Englishwoman who had adopted a Turkish way of living. During his stay, Pickthall spoke with the Turks, Greeks, Armenians and foreigners about politics, religion, gender and war. In With the Turk in Wartime, Pickthall draws on vivid descriptions of Turkish scenes, impassioned political discussions and humourous incidents arising from cultural differences, and explores the role of foreign powers in Turkey, and the fate of a people he holds dear. Infused with the author's kind-hearted and open-minded sensibility, this travel journal is sure to inform and delight.
View AllClose

MSRP:
Now: £15.00
Was:
This is the Turkish translation of "Don't Be Sad". This book is full of practical advice on how to banish sadness and disappointment from our lives, replacing them with a realistic and ultimately...
21378

MSRP:
Now: £24.95
Was:
Al Quran Al Kareem Turkish Language with Tafsir Darussalam SL: 05AL3 The Noble Quran, the most holy book ever, is here presented in the Turkish language. It also has the Tafsir. Priced...
22354