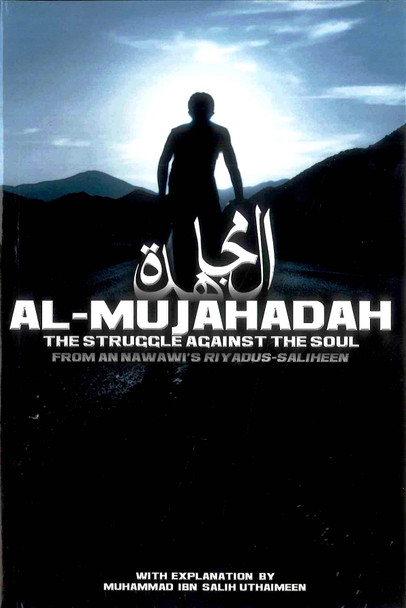 SL: 000000
In other words, there is nothing more beloved to Allah that draws the believer close to him than the obligatory duties. In plain language, the obligatory acts are dearer to Allah than the nawafil acts. For example, the five mandated daily prayers are dearer to Allah than the Night Prayer. Fasting the month of Ramadan is cherished more by Allah than fasting on Mondays and Thursdays or the Six Days of Shawwal.[p.13] In reality, a lot of time eludes us without our having benefited from it. Nor, do we bring benefit to others. And what's worse, we do not regret it until death is upon us. It is at this moment that the human being ardently desires to be given another opportunity-even if it's only an instant.[p.20] Every hadith that says, he who does such and such deed will be forgiven his past and future sins is a weak hadith. because this pre-forgiveness is one of the special favors bestowed upon the Messenger of Allah.[p.26]
View AllClose

Princess Rasheeda and The Perfect Present

MSRP:
Now: £6.99
Was:
She Wore Red Trainers SL: 03CL2 When Ali first meets Amirah, he notices everything about her - her hijab, her long eyelashes and her red trainers – in the time it takes to have one look, before...
22491

MSRP:
Now: £5.50
Was:
Disciplining The Soul 19B Know that all the facets of mankind's disposition are for their benefit - either directly such as the desire for food, or indirectly by preventing harm, such as the...
21058

MSRP:
Now: £22.50
Was:
The Devils Deceptions (Talbis Iblis) By:Imam Ibn Al-Jawzi 19B A Complete Translation of His Masterpiece `Talbis Iblis` It is from enmity and hopelessness of the devil that his endeavour to misguide...
22411

Disturber Of The Hearts

MSRP:
Now: £5.50
Was:
Disturber Of The Hearts 19B The discerning scholar is adept at diagnosing the various spiritual illnesses resulting from sins, and treating the malaise in the heart. If he finds a person failing...
22012